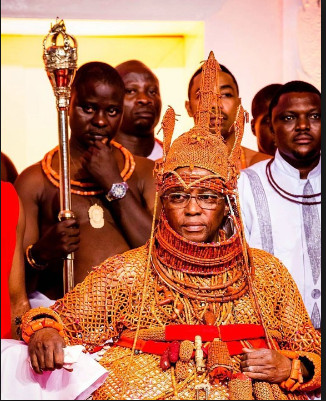 A three-man Election Petition tribunal had on Friday dismissed Ize-Iyamu’s case and upheld the victory of Governor Godwin Obaseki.

Ize-Iyamu and his party, the PDP, had challenged the declaration by Independent National Electoral Commission of Obaseki of the All Progressives Congress (APC) as the winner of the September 28 gubernatorial election. Oba Ewuare said;

In an election, there is no victor and no vanquished. Consequently, Osagie Ize-Iyamu should accept the decision of the tribunal in good faith and forge ahead in the task of providing democracy dividends for the people.

He congratulated Obaseki on his victory and urged him to focus on sanitising the society, providing critical infrastructure and creating job opportunities for the teeming unemployment youths in the state.

Oba Ewuare II also urged all stakeholders to support the administration in the task of moving Edo to higher heights.

In Benin, the Oba’s statement is obeyed like the law. It remains to be seen, whether Ize-Iyamu, a son of the ancient kingdom will heed the advice.

Justice Ahmed Badamasi who chaired the three-member election tribunal dismissed the petitions filed by Ize-Iyamu and the PDP as lacking in merit. Badamasi held that the petitioners failed on all fronts to prove the allegations as pleaded in their petitions. Justice Badamasi said;

The tribunal held that while the petitioners abandoned some of their pleadings, “witnesses evidences were controverted under cross examination.

Ize-Iyamu said the verdict was unacceptable. Ize-Iyamu told party leaders and supporters at a forum attended by the state chairman, Chief Dan Orbih, that the judgment would be appealed at a higher court.

“From the snippets I heard, the tribunal’s judgment cannot stand in the higher courts. This case must be pursued up to the Supreme Court, ” he said.