#BBNaija’s Bisola showed her support for fellow former housemate Marvis as she stormed Port Harcourt for Marvis’ homecoming all dressed in Medlinboss.

Bisola was fully dressed in a metallic jumpsuit with a turtle neck drape and a red clutch. While Marvis wore a simple dress with a metallic upper. She paired her look with red sandals and purse. 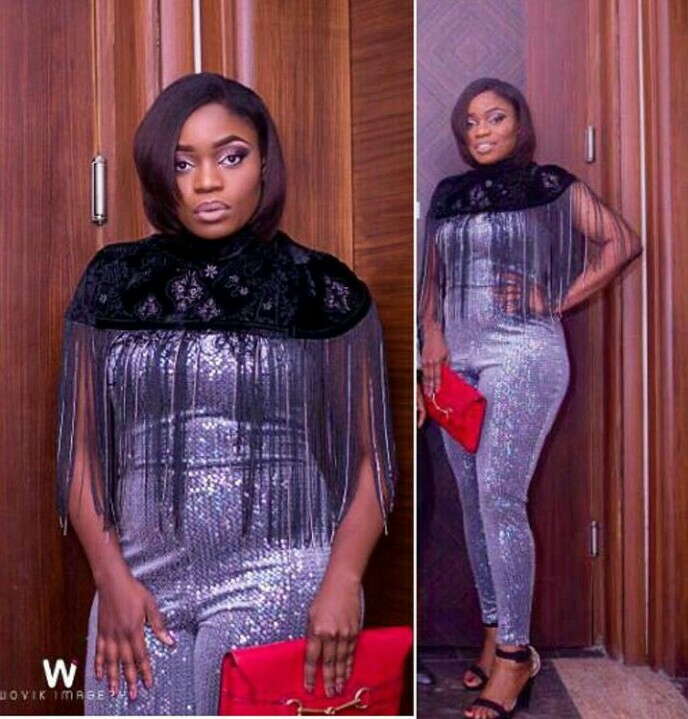 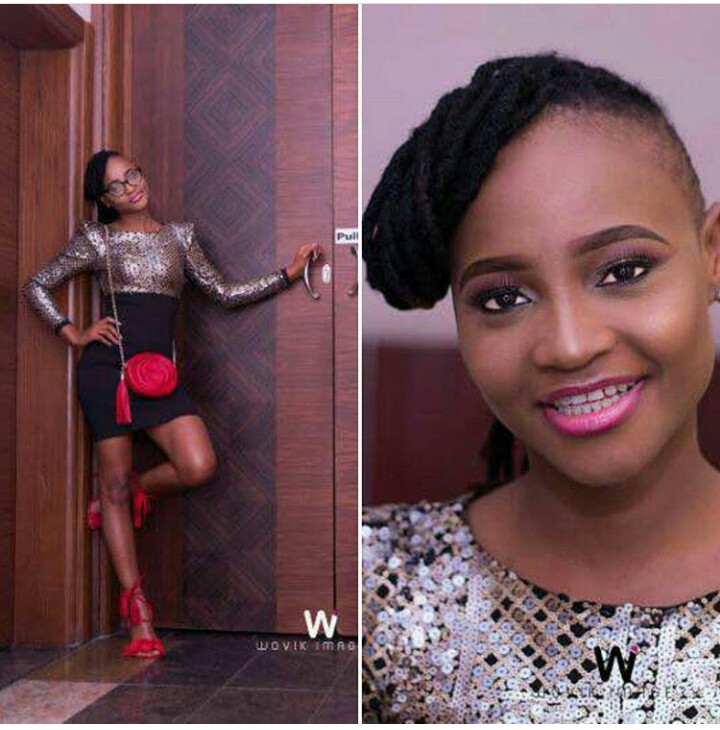 The ladies posed with their fellow housemate, Kemen also dressed in Merlin Boss. 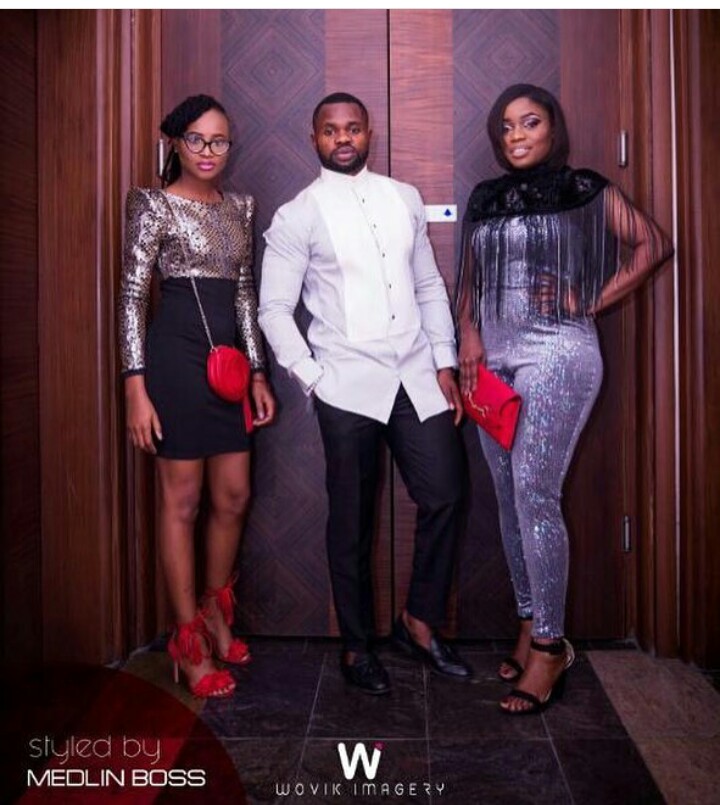 Related Topics:#BBNaijaBisolaKemenMarvisPort Harcourt
Up Next