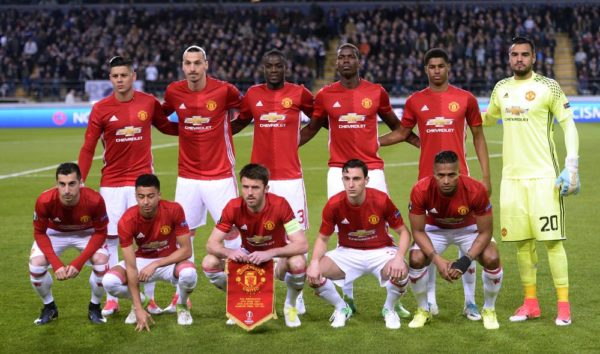 Leander Dendoncker got in front of Matteo Darmian to head an equaliser with the Belgian side’s first effort on goal four minutes from time.

Manchester United were in total control of the game from kickoff till the end with 36% -64%possession in favour of the Red Devils and will be disappointed not to be crowned with such effort with a victory.

Henrikh Mkhitaryan opened the scoring for Jose Mourinho’s men, finishing from a tight angle after Jesse Lingard’s effort was parried. United almost doubled their lead in the 55th minute through Mkhitaryan again. But it was the hosts that scored the next goal.

Leander Dendoncker headed past Sergio Romero with only four minutes left, to give Anderlecht some hope of qualification.