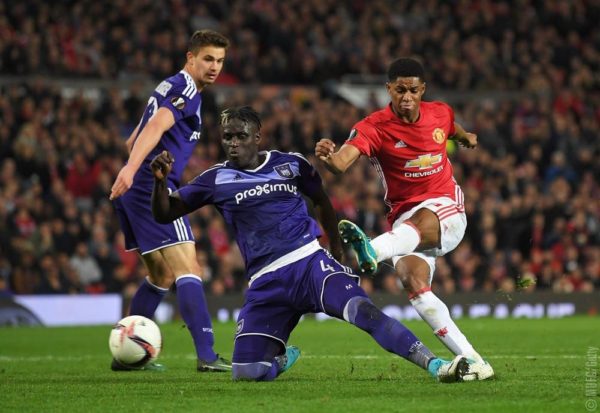 Marcus Rashford‘s extra-time goal sent Manchester United into the Europa League semi-final at the expense of Anderlecht on a night of tension at Old Trafford.

With the victory, the Red devils are now unbeaten in last 26 games in all competition. The victory is crucial as the competition offers United a potential route into the UEFA Champions League next season, in case they fail to finish in the top four of the English Premier League.

United took the lead on the night through Henrikh Mkhitaryan in the 10th minute but Anderlecht equalised when Sofiane Hanni scored in the 32nd minute.

United were facing the prospect of a penalty shootout but Rashford, a scorer against Chelsea at the weekend, made the decisive contribution after 107 minutes with a brilliant turn and finish from Marouane Fellaini‘s knockdown.