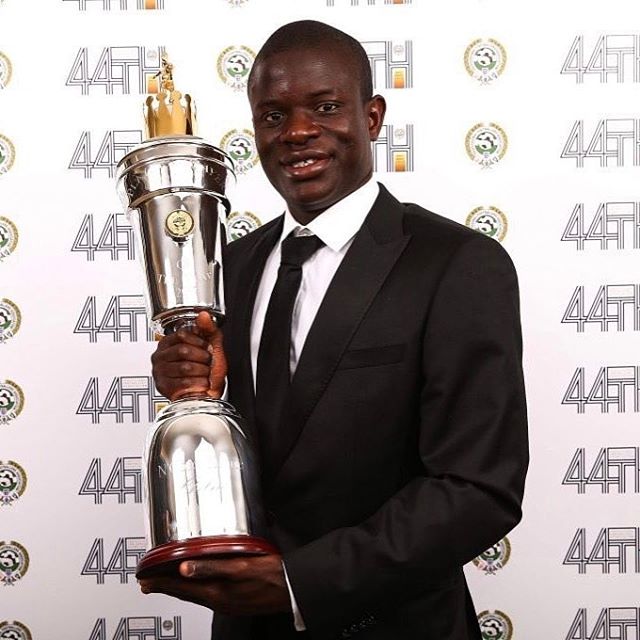 Chelsea midfielder N’Golo Kante has been voted the Professional Footballers’ Association Player of the Year for the 2016-17 season becoming the first Frenchman to win the award since Thierry Henry in 2004. The Frenchman, who is on course to win a second successive Premier League title after also being part of the Leicester side which upset the odds last season, secured the most votes from his fellow players. He saw off competition from Chelsea team-mate Eden Hazard (who won the award in 2015) plus Tottenham‘s Harry Kane, Everton striker Romelu Lukaku, Zlatan Ibrahimovic of Manchester United and Arsenal‘s Alexis Sanchez.

Kante was presented with the award at the Grosvenor Hotel in London on Sunday evening.

Former England captain David Beckham received the PFA’s Merit award for his contribution to the game.