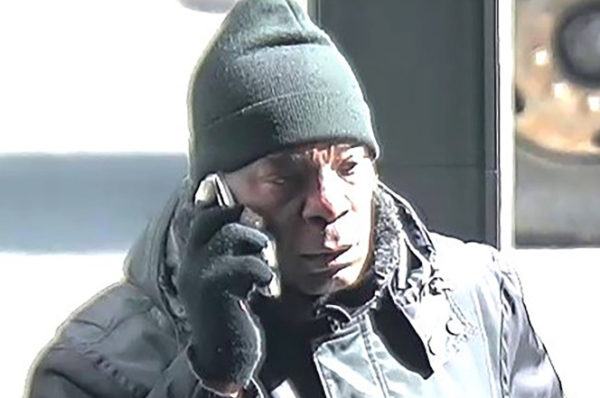 One Abdullahi Shuaibu, 53, a Nigerian who is a former staff the United Nations and currently a State Department-credentialed reporter for the PanAfrican News Agency has been arrested and charged with two counts of robbery and two counts of attempted robbery and by New York Police.

According to New York Post, Abdullahi is currently awaiting arraignment in a Manhattan Criminal Court.

He politely robs banks around the UN headquarters, adding that in each of two successful heists, he showed the teller a note that said, “Give me $5,000, Thank you.”

Shuaibu worked for the UN between October and November 2013 but no longer had credentials to enter the building, a UN spokesman told New York Post.

New York Post reports that Abdullahi allegedly plundered about $10,000 in cash during an Upper East Side crime spree that began February 27 and continued over three more Mondays.

Abdullahi also failed to rob two banks and was nabbed on Monday, following a failed robbery at the HSBC branch at Third Avenue and East 63rd Street.

According to the teller Rani Ahme, 50, Abdullahi was wearing a blazer when he walked up to her.

Rani then went to the rear of the bank to let her boss know what was going on, that was when Abdullahi disappeared.

He was arrested outside the US Mission to the United Nations, where he’s been working out of the building’s Foreign Press Center.

One of the guards, a retired police officer, called the police after recognising Abdullahi from the surveillance photos a bank robbery circulated by NYPD in March.

“It wasn’t hard. He comes in and out of here every day,” the guard said.

According to sources, Shuaibu confessed following his arrest, admitting he spent all the stolen money paying bills.

Awww! Serena Wiliams and her Fiancé Alexis Ohanian get Cute on the Beach