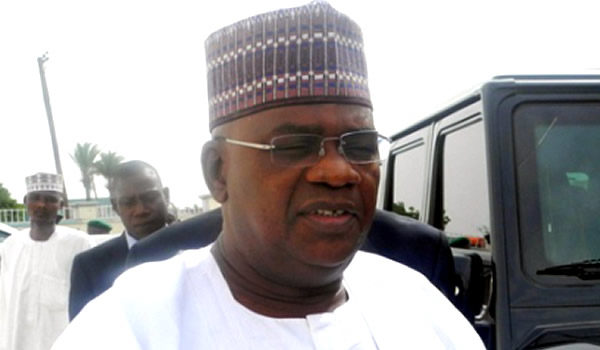 Moshood in an interview also said the Force will arrest the Senator who is the Chairman, Senate Committee on Appropriation if he fails to appear before its investigative team.

On whether Goje will be arrested if he fails to honour the invitation, Moshood said: “Yes he will be arrested because no one is above arrest and we will definitely do so and it is important for him to know that on time and appear before the team.”

Goje, who is standing trial for N25bn fraud allegedly committed during his tenure as Gombe State governor, on Wednesday said that the police took his laptop containing documents relating to the 2017 Budget, N18 million, and $12,000 when it raided his home.

On the search warrant executed, the Force Spokesman said:

So, it will be wrong for anybody to come up and say because police conducted a search, the passage of the budget will be affected. The laptop we took also has some incriminating item which we are investigating because all we removed were removed for investigation.

When President Buhari went to lay down the budget before the National Assembly,  it was not laid with a laptop. It is a public document that everybody saw. The laptop does not contain any of such document, I make bold to say that.

Moshood said the police has video clips of the search and will release it after the senator appears before its investigative panel.

“We will make it public for people to know how the search was conducted in the presence of three of the senator’s relatives and that it was transparent. The video will be made public as soon as possible but the senator has to appear before the Panel because he is going to be asked questions relating to the search warrant executed and those things that were recovered from his house. We cannot put the video out before he appears but he has been reluctant in coming despite calls by the investigation panel. Nobody can cow the police because the law is there and nobody is above the law,” he said.

The National Assembly had on Thursday, given the Nigeria Police Force a 24-hour ultimatum to return the budget allegedly carted away from Goje’s house in Abuja.

According to Moshood, other items recovered include, N18 million; $19,850 ; 9, 400 Saudi Riyals; 38 Files and six envelopes containing documents, Letters from Mohammed Goje to the MD LUBELL Nigeria Ltd. of proposed residential Development at Kashere Phase II dated January 1, 2007 and November 19, 2010, file on funds spent on security administration and information gathering in 2009, file on release of fund for Special operations in 2009;file on Gombe State Government of Nigeria Cash inflow, 2005; file on Project 2007 and  Executive Briefs on how to fight opposition in Gombe State, Strategies and Tactics, and envelopes containing permit to operate as an Oil Industry Service Company (special categories) 2011.