According to a series of tweets from @fulannasrullah, the 21-year old son of a Senator from Taraba state has allegedly raped a 7-year old girl to death.

@fulannasrullah also said that the victim died while her father, who was a guard in the senator’s house, was still in police custody.

@fulannasrullah alleged that the senator offered to bribe officials to keep things quiet. 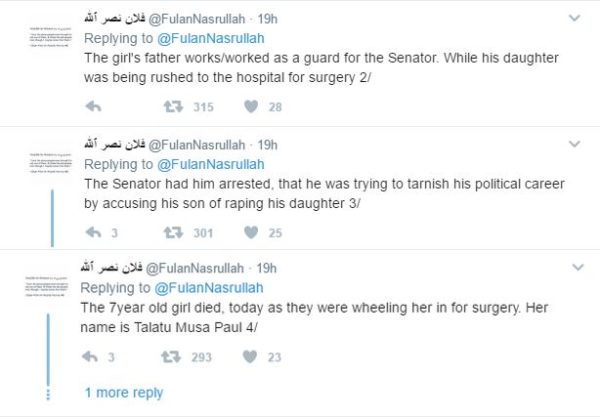 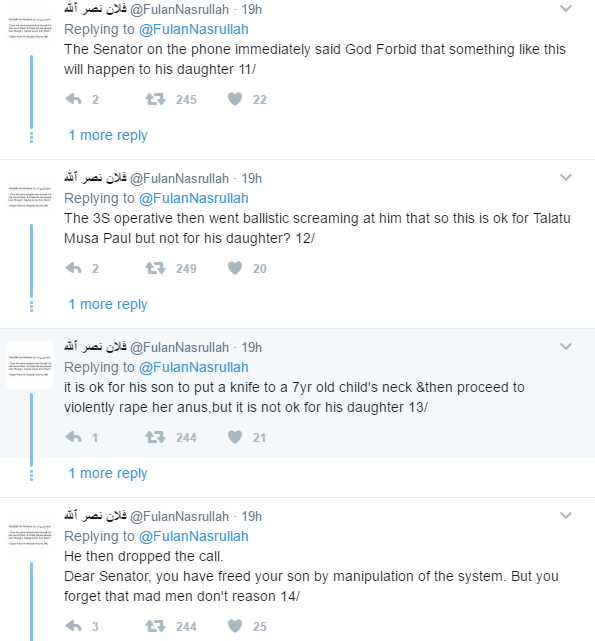 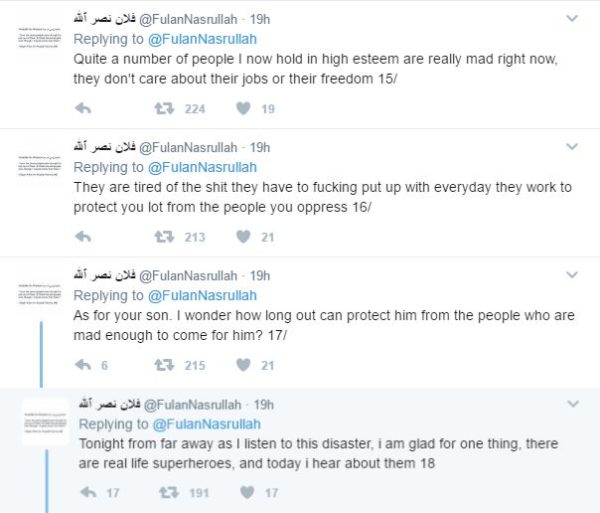