Nigerian Youths "behave like tenants in their own country" - Donald Duke 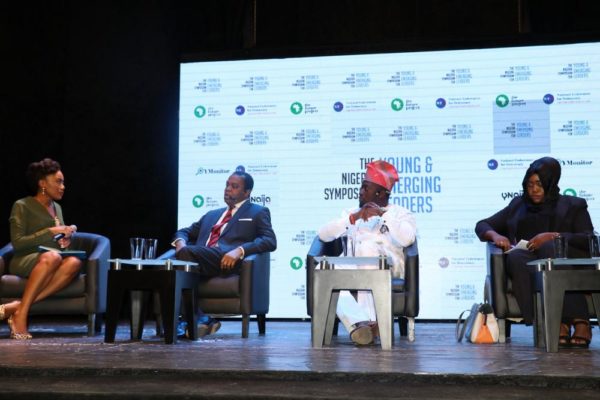 Speaking during the ‘Office of the Citizen’ panel session at the Nigeria Symposium for Young and Emerging Leaders, former governor of Cross River, Donald Duke called on Nigerians, especially young people, to play a pivotal role in leadership and governance.

At the event which held on May 30, 2017 at Terra Kulture, Victoria Island, Lagos, Duke said Nigerians behave like tenants in their country, thereby leaving older politicians and godfathers to take decisions on their behalf.

Themed ‘Open Governance: Improving Transparency and Accountability in Government’, the Symposium brings together leaders in politics, business, media, and more to discuss issues and challenges of open government and active citizenship.

Duke stated that Nigerian youth need to get involved to make a difference while in the prime of their lives, or suffer the consequences of not making the right demands from their government.

“Godfatherism grows out of mentorship… They are there to set you on a path, but do not let them enslave you. Right now, Nigerian youths have the numbers to make positive changes in this country, and they should use it. There is a lot of contempt in government now because there are no consequences to wrong actions by the government. The failure in the country is the youths’ inability to aspire for better lives and situations for themselves. They behave like tenants in their own country,” he said.

Speaking at the event, Rinsola Abiola, a youth advocate and media aide to the Speaker, House of Representatives, Yakubu Dogara, urged Nigerian youth to make use of the Freedom of Information (FOI) Bill in requesting for information in order to make decisions.

Related Topics:Donald DukeNigeria Symposium for Young and Emerging LeadersOffice of the Citizen
Up Next