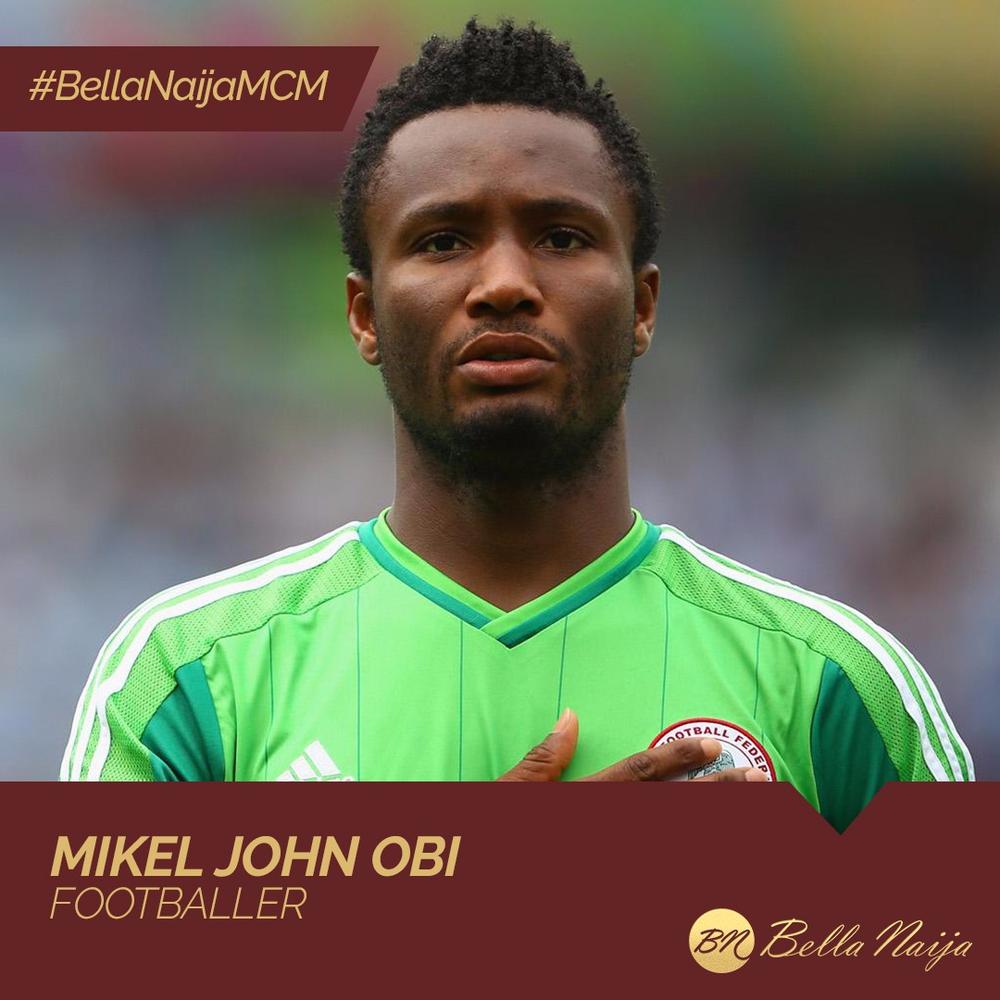 For this week’s #BellaNaijaMCM and #BellaNaijaWCW features, we’ll be celebrating sports stars who have helped to put the nation in a good light internationally.

Mikel John Obi, started his footballing career at the age of 12 when Pepsi Football Academy, known at the time for travelling across Nigeria scouting for football talents, selected him among 3,000 other young talents to play in its academy.

Mikel made his national debut at the 2003 FIFA Under-17 World Championships held in Finland.

After that tournament he went on to a trial at South Africa club Ajax Cape Town, and later joined Lyn Football based in Norway.

In the summer of 2005, Mikel played for Nigeria at the FIFA World Youth Championships held in the Netherlands. He had an excellent tournament until Nigeria reached the final, where they lost 2–1 to Argentina. Obi won the Silver Ball after being voted the tournament’s second-best player (after Lionel Messi).

In 2006, Mikel moved to English football club Chelsea, where he recorded most of his success in his career till date.

He made his debut for the Nigeria senior team on 17 August 2005, when he came on as a second-half substitute in a 1–0 friendly win over Libya.

For Nigeria, he won the 2013 Africa Cup of Nations (AFCON), and led the team to winning Bronze at the 2016 Summer Olympics in Brazil.

In 2012, he set up the Mikel Obi Foundation to provide assistance to homeless and displaced people in Nigeria.

Money Matters with Nimi Akinkugbe: Make Money While You Sleep

Hey Naturalistas! Beautifully Nappy is Relaunching its Website – Shop Your Favourite Hair Products and Get Up to 20% Discount