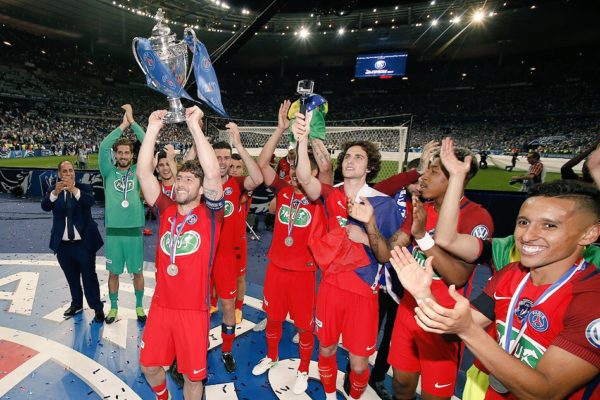 PSG dominated but needed an own goal from Angers right back Issa Cissokho, brother to Aston Villa defender Aly, in stoppage time to prevail at the Stade de France.

Angers, playing in the final for the first time since 1957, escaped in the first half when Angel Di Maria‘s deflected cross hit the post.

The goal, however, came following a corner from Di Maria as the 100th final passed the 90-minute mark with Cissokho heading home the own goal.

Emery has been under intense pressure after a disappointing first season at the Parc de Princes, with PSG finishing eight points behind Ligue 1 champions Monaco and exiting the Champions League in the last 16.

Victory at the Stade de France ensured they will end the season with two trophies, having beaten Monaco 4-1 in the French League Cup final in April.

PSG has now surpassed Marseille as the club with the most French cups.