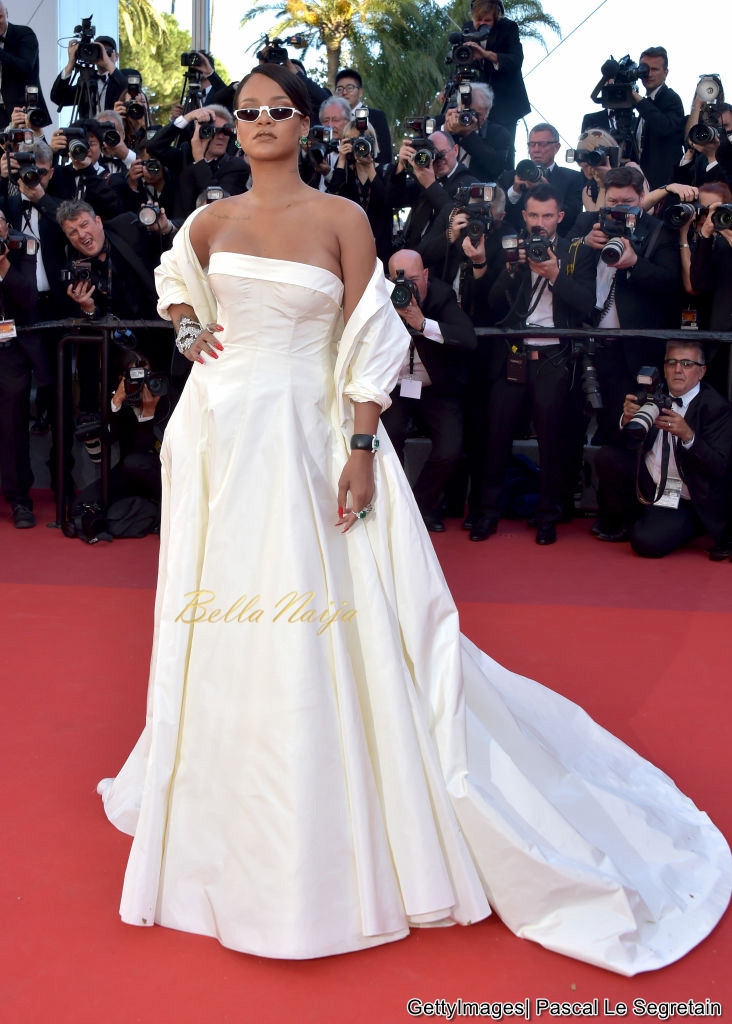 The first screening of the film earlier today had caused chaos at the 70th annual festival, after it was reportedly booed by crowds ahead of its debut.

However Rihanna who was a guest at the star-studded premiere of the $50million movie Okja, appeared to rise above the drama as she stormed the red carpet at the famous Palais de Festivals. 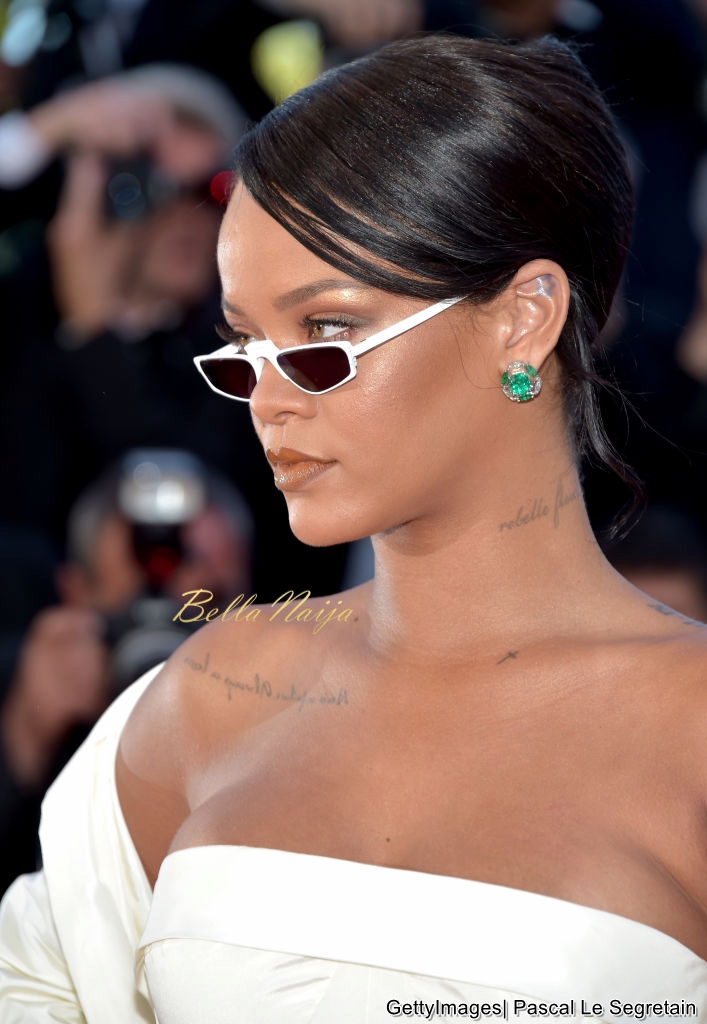 The singer, looked truly sensational in a striking bridal ivory dress with white shades, as she posed for the cameras. Proving she is truly a style icon. 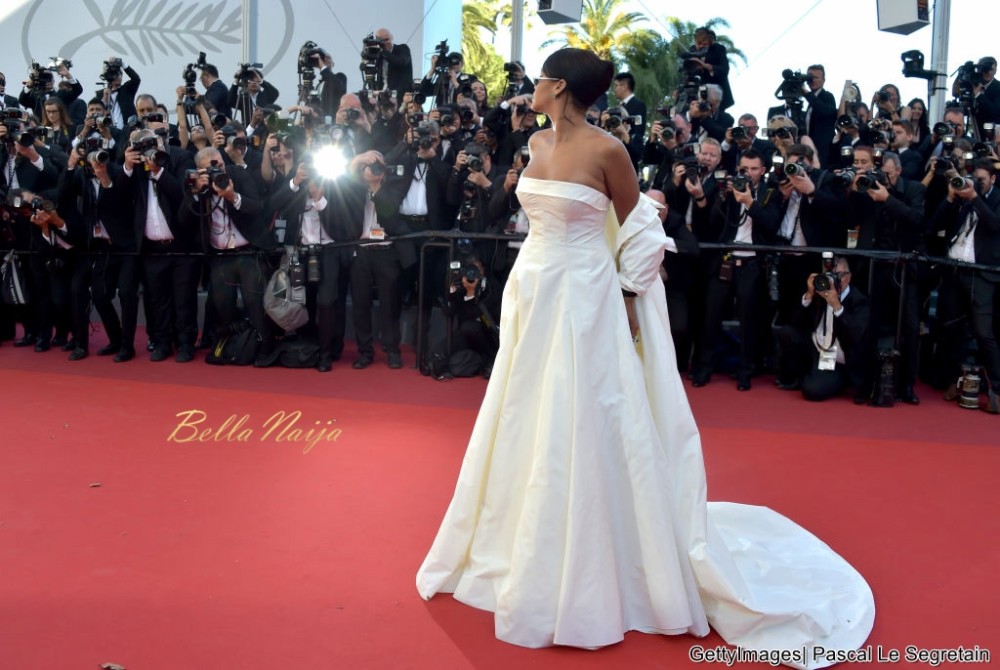 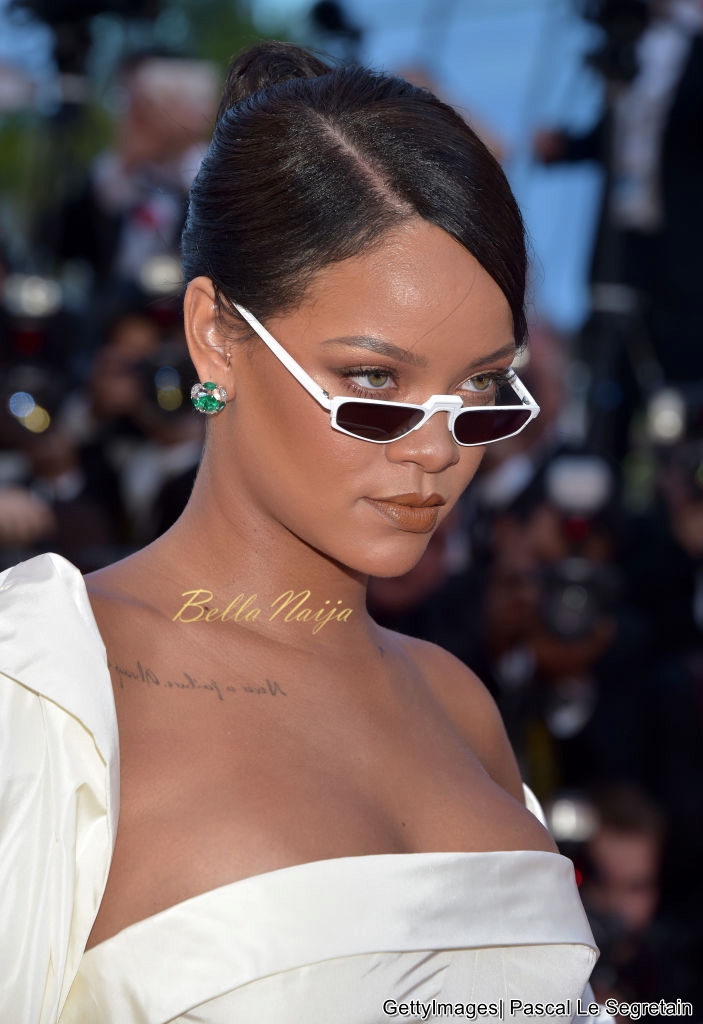