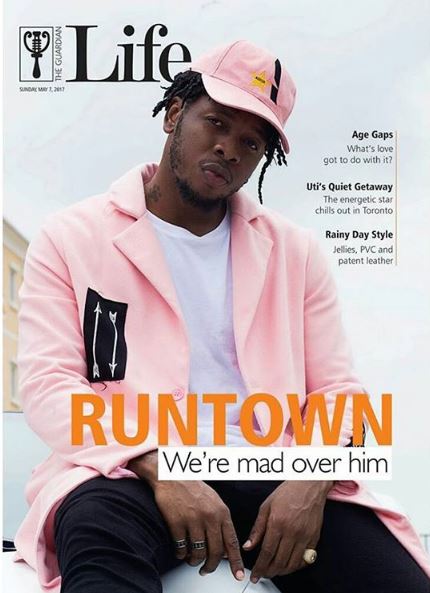 Runtown‘s tunes are everywhere; you can barely make it through a whole day without hearing them on the radio. The soft-spoken artist has been in the music game since 2014 when he dropped his single, Party Like it’s 1980.

Subsequently, we’ve fallen in love with his unique sound, from Gallardo featuring Davido, to Bend Down Pause featuring Wizkid and of course Mad Over You.

One of the most overplayed songs so far in 2017, Mad Over You was number one for almost ten weeks on the Playdata radio chart, which ranks music gathered from radio stations in Lagos and a few of other cities across the Nigeria.

Runtown invites Guardian Life into his home where he dismisses claims his sound is Ghanaian and opens up on visiting Harvard and the bulldozing his way to the limelight.

Grab a copy of The Guardian and Guardian Life magazine to read more about Runtown.