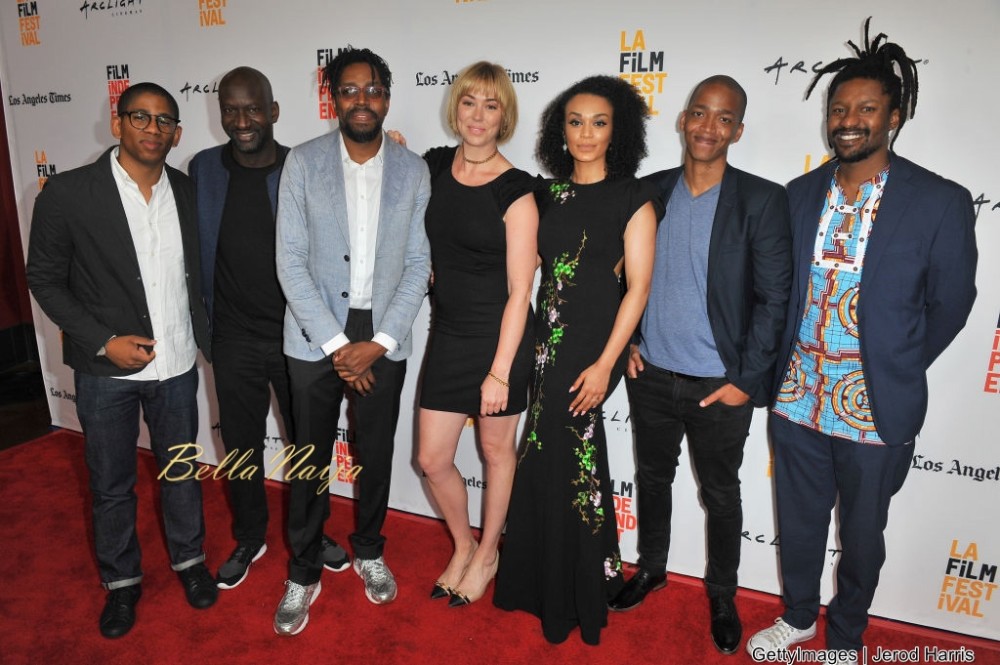 South African film “Catching Feelings” made its world premiere at a sold-out screening at the LA Film Festival over the weekend.

The cast of the film such as Pearl Thusi, Andrew Buckland, Akin Omotoso, Tessa Jubber and more were in attendance alongside the director who also stars in the film Kagiso Lediga.

Described as a ‘dark romantic comedy’, the film centres around a cynical academic and his wife, a journalist played by Pearl Thusi, living in middle-class Johannesburg. Their world gets shaken up when a well-known older writer unexpectedly moves in with them.