Aunty Bella: Miss. I Don't Have His Mumu Button 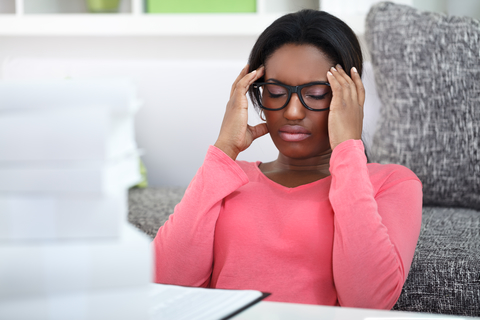 This story was posted by a BellaNaijarian in another post. We hope the BN family can offer insightful advice.

***
Sorry to derail this post but I need to gift you guys.

I met a guy at my best friend’s wedding. He didn’t hide the fact that he wanted me. His eyes followed me everywhere and guys I liked him. I haven’t been in love for 10 years; in fact my heart had felt nothing at all – except give me money; but I felt something for this guy.

I was ill on Thursday, he found out on Friday when he called me and only asked once, afterwards to confirm what the doctor said, and if I was taking my drugs. On Saturday, he sent a message asking if I was fine. I called in the evening, and he called back. (He never let’s me call because the conversations are usually long and he doesn’t want to waste my airtime) When I asked him if he was worried when I was ill, he said he wasn’t, because it was malaria and I’ll be fine. Then we had this long conversation about stuff. I told him I was buying an IPhone 7 plus this week because my 6 was stolen, and he didn’t even offer to give me money – even when I told him I felt old and unattractive to be buying myself a phone. I haven’t bought myself a phone in a long time; what are chokers for? All he said was we all get to that point where we start buying things for ourselves.

I begged him to watch Alakada with me, he said he’d watch any other movie, but not Alakada ’cause that’s not his type of film; that he’ll pay for me to watch and wait outside. I felt so hurt and I told him, at least he should make sacrifices for me and then he asked if I didn’t think being on the phone for 3 hours with me wasn’t a sacrifice. (is it? Shouldn’t he be excited to talk to me)

I feel he got me easily; he didn’t work for it and I’m going to change that. I won’t drive to his house again. He’d have to come pick me or pay for my uber. I’m falling for him but I can’t fall for a guy that I don’t have his mumu button, it will be disastrous.

I need your opinion, girls. I don’t have female friends around.

Akpo Uyeh: 20 Types of People you find on Social Media