Bodashee Abimbola: A Question of Ethics 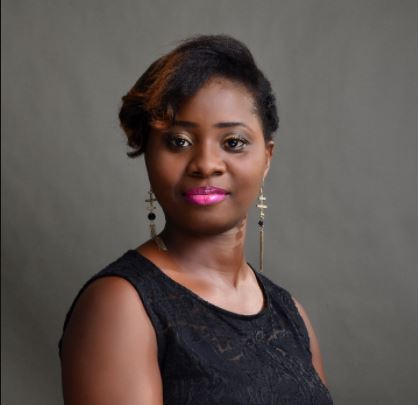 “Never!” Bellowed the Baale’s son.
“I can never allow you take your camera there and record. Every time you people will come here and speak English for us, kneeling down and begging us like kings, making lofty promises. Then you finish recording and publish bad things about Makoko. I won’t allow you record anything.”

Honestly, my throat was parched and I was tired of begging; these words coming from the son of the ruler of Makoko were not encouraging.

He had been assigned the task of relating with journalists regarding any stories being done about Makoko, and my team needed his approval to go into the community and shoot the documentary I had spent a whole week preparing towards.

So we kept groveling, pleading, explaining, enlightening, imploring. Operation we-must-shoot-today was in full gear and we were not even dreaming of relenting. I never take ‘no’ for an answer when I’m pursuing a story or interview.

Journalism demands such doggedness. Half the time, before even setting out to shoot, I can already see the end result of the production. How can circumstance stand in the way of such a glorious future?
Eventually our efforts paid off, and we were given permission to go into Makoko and shoot. But as the saying goes, every finish line is the beginning of a new race.

The much awaited permission brought with it a dilemma. To get approval from the Baale’s son, I had promised that our story would be a positive one. (Makoko is one of the biggest slums in Nigeria, and its interesting features have made it a great location for journalists to get sob stories. Their people were tired of the incessant negative portrayal.) To make things clearer, I had to discuss the story idea with my supervisor, and our conclusion was unanimous. So I did not set out with the intention of producing a positive story. You should understand by now that this was a major problem for me.

As the leader of the team at that moment, I was faced with a dilemma. To honor my word or go with the initial plan.
Honouring my word would mean changing the focus of my documentary. Impromptu things like that can be risky sometimes. Yet, going with the initial plan would mean deliberately and effectively deceiving the baale’s son and the people he represents. Talk about modern day Pinocchio.
And this, my people, is where the question of ethics comes in.

Sadly, in the course of my work as a journalist, this dilemma is one that I face often. I believe many journalists can relate with me.

With the Makoko story, I honored my hyperactive conscience and altered the already made plan, in order to make good my promise. So we focused on the spirit of resilience and lofty dreams of Makoko’s youth.

I will always remain proud of this story, because it is one of the very few that have ever portrayed the community in positive light. And I truly wish I could say the same for all the other stories or features that I have worked on. But abeg, my fellow country people, I do not always win the struggle to be ‘faithful, loyal, and honest’.
This is just one illustration of tussle with ethics that I have had to face. I have not even touched on all the others that exist. The struggle to stay true to the ethics of the profession is very real.

Journalism is a profession of ethics. Ethics make the profession what it is. Ethics separate the men (or women) from the boys and girls. Ethics ensure that published information is tried and true. Ethics provide a standard for all journalists to work with.

I came into this profession with a clear understanding of the commitment that journalism really is and how ethics hold up the practice. I accepted the responsibility of telling stories birthed from factual reporting and devoid of slander. Stories that will never put anyone at risk but repair damage and uplift spirits. I came into the profession with this standard set for myself.

Practicing journalism in the time that I have, has seen me live a two faced life. Sometimes I hold my head up and walk the path of truth. Some others, I stoop, not to conquer, but to lower the standard I set for myself.
Alas, the latter happens to be the lot of many like me. With the economic realities of the day, and policies that neither protect nor encourage, it gets harder for many journalists to stick to the standards.
Today in Nigeria, journalists are ridiculed more than they are respected. They are taunted more than they are believed. This public disposition toward journalists rubs of negatively on the profession itself.
However, I refuse to be discouraged. I look forward to a new wave of glory.

My greatest dream, as a journalist, is to produce material relevant enough to influence public policy in this country. This is the kind of professional I want to be. One that our society truly needs.
It remains question of ethics. To do, or not to do.

Oreoluwa’s Maid For Me: 7 Signs You Might Need A Professional Maid

Beauty, Purpose & Greatness: Funto Ibuoye is our #BellaNaijaWCW this Week

Bodashee is an Assistant Producer at TVC News. She is an avid reader of books and hearer of music. Her love for catfish pepper soup and boiled corn knows no bounds. Follow her in Instagram and twitter @iambodashee