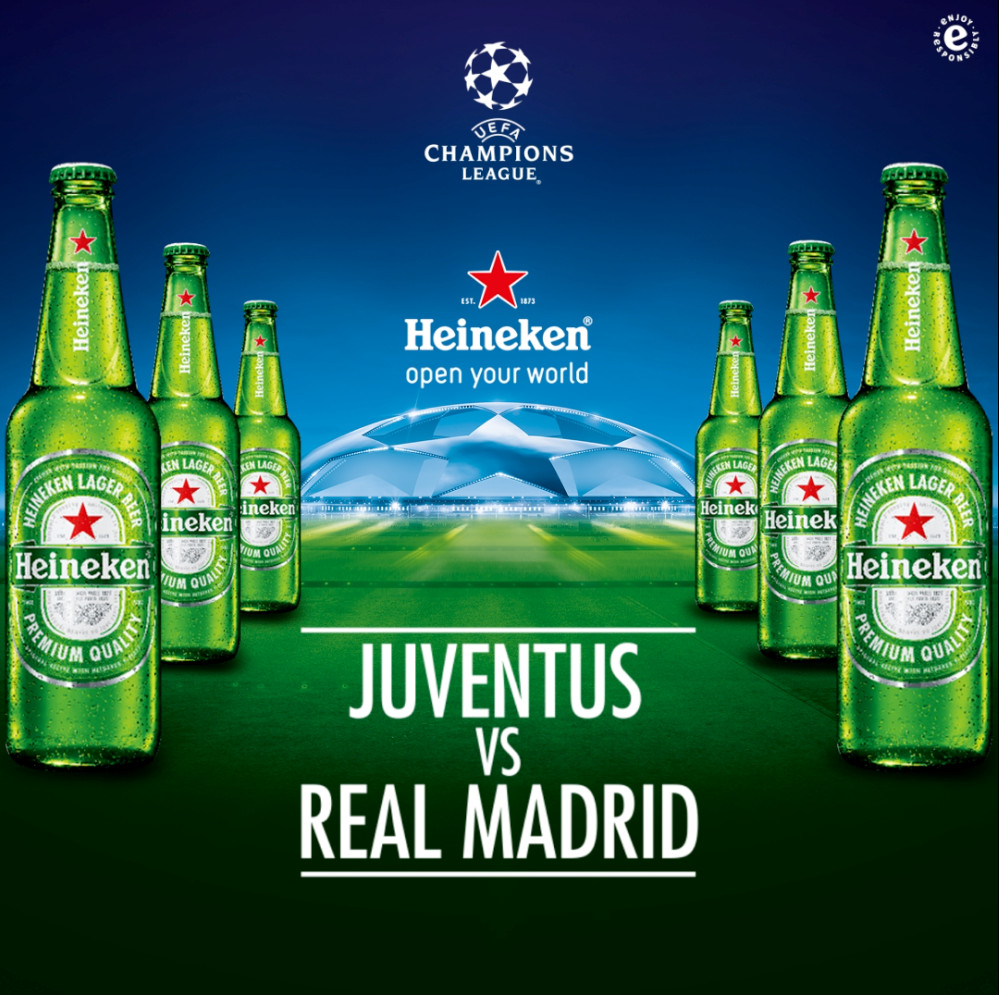 The 2016/2017 UEFA Champions League final between two football giants Real Madrid and Juventus, set to hold on Saturday, June 3rd, 2017 in Cardiff, promises to be an exhilarating experience for lovers of the game around the world. Fans of the competition in Nigeria will celebrate as Heineken, the premium beer brand and sponsor of the European competition will be hosting fans to an exclusive viewing of the final and after-match party to wrap up a season of exciting football.

In its tradition, Heineken will treat football fans to a VVIP UCL experience in an exclusive and relaxing atmosphere in Port Harcourt and Lagos at Higi Haga Bar at Trans Amadi and Bay Lounge, Lekki, respectively.

Records were set and broken this Champions League season with Arsenal losing by 10 goals to 2 to Bayern Munich in the round of 16; Monaco triumphed over English Premier League powerhouse, Manchester City despite a 6 – 6 scoreline due to away goals rule. Barcelona made the best comeback performance in Champions League history by overturning a 4 – 0 loss in the first leg to PSG, defeating the French Champions 6 – 1 in the return leg at Camp Nou.

History is set to be made again at Saturday’s final. A win for Real Madrid will make it the first team to win the trophy consecutively – it will also be a record 12th European Cup for the Spanish team. Team coach, Zinedine Zidane is also attempting to become the first coach to win the UEFA Champions League two years in a row, while Cristiano Ronaldo could become the first player to score in three Champions League finals.

Football fans in Nigeria can be a part of this experience and more as Heineken is set to ensure consumers get a befitting and exciting finale to a UEFA Champions League season that has brought joy, amusement, and sheer delight to millions of football fans across the world.