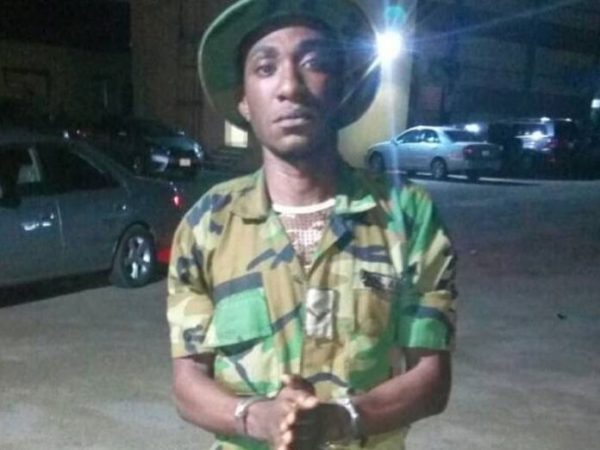 The Nigerian Police has arrested a soldier who was involved in the kidnapping of citizens with the kidnap kingpin Chukwudi Dumeme Onwuamadike aka Evans.

According to Punch, the soldier, Victor Chukwunonso, is said to be a Lance Corporal with Army No: 09/NA/64/6317, and was attached to the Nigeria Army Band Corps, Abatti Barracks, Surulere, Lagos.

According to ThisDay, a situation report on the arrest read:

Nonso as he is fondly called is a serving Army Personnel who is a gang member of Evans, the most notorious kidnapper in Nigeria.

Sequel to the arrest of Evans in his Magodo GRA Mansion in Lagos on June 10 and six his gang members, his his confessions has helped.

He mentioned multiple kidnappings, armed robberies and collection of billions of naira as ransom and mentioned his remaining gang member at large including an Army Personnel, a serving Lance Corporal in the Nigeria Army, L/Cpl Victor Chukwunonso with Army No: 09/NA/64/6317.

Attached to Nigeria Army Band Corps Abatti Barracks, Surulere, Lagos, he is a native of Onitsha, Anambra State and he was arrested by IRT at about 7.pm at the Ojo Area of Lagos.

Corporal Victor confessed to have followed Evans for kidnapping in Lagos State 3 times where he got N2million, N1.5million and N3 Million naira respectively as his share. Serious efforts to arrest remaining gang members are in Progress.

Evans had on Monday disclosed locations of his detention camps to the police.

Blac Chyna in Good Health after Car Accident in California