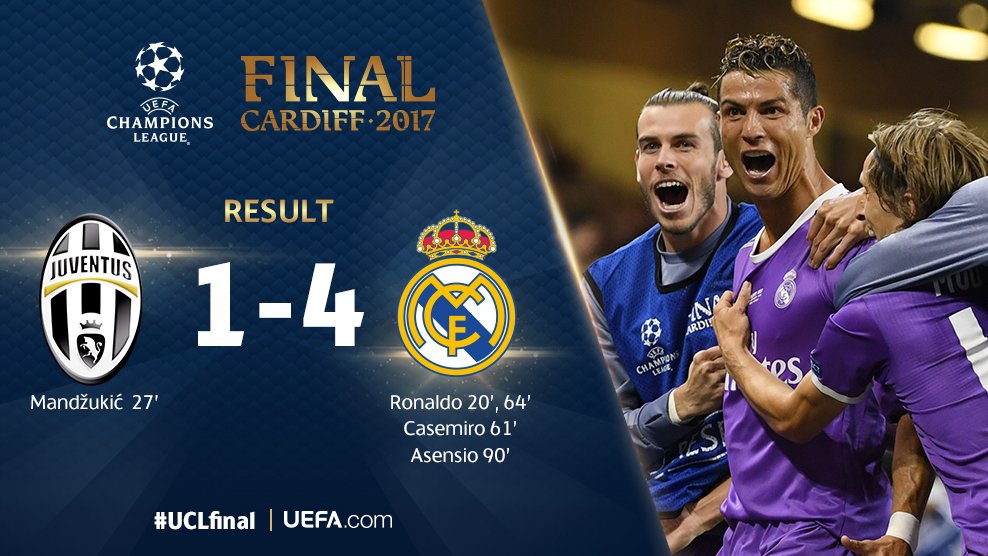 For a record 12 times and the second time in a row, Real Madrid lifted the UEFA Champions League trophy on Saturday, June 3, 2017.

The game which started with massive attack from Juventus in the first 5 minutes saw Real Madrid pick up pace and opened the scoresheet in the 20th minute with a goal by Ronaldo.

Juventus equalised in the 27th minute with a volley by Mandzukic. He scored from inside the area with a sensational overhead kick beyond Keylor Navas, a goal that should stand out as one of the best.

But Real Madrid took control of the game after the interval, with Brazilian midfielder Casemiro’s deflected shot restoring the lead.

Asensio scored the 4th and final goal in the 90th minute of the match after Marcelo’s fine pass.

In addition to this, the former Real Madrid player won the season’s La Liga title.

Juventus, who are the Serie A champions, have now lost five Champions League finals since they last won the competition in 1996.

This post has been updated to include more details of the game.