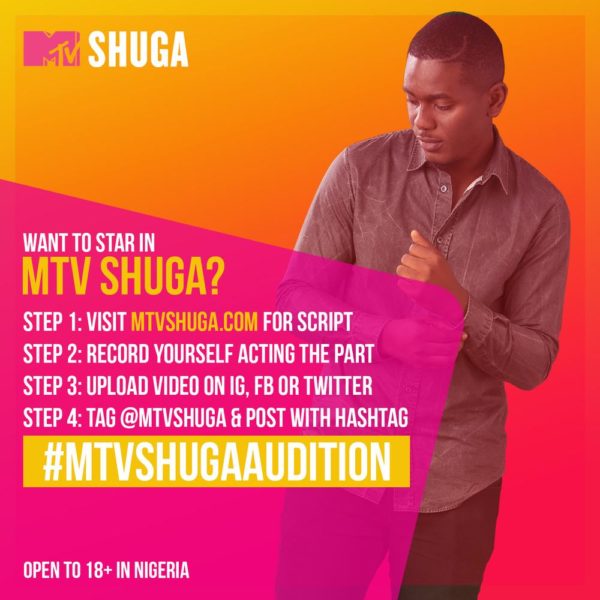 Following the announcement of MTV Shuga’s return to Nigeria, the award winning international drama series will be opening its doors to acting hopefuls as it sets out to discover new talent in Nigeria.

Auditions for the long-running Pan-African drama series are open to Nigerian residents aged 18+ and will be held:

The auditions will be open from 9 am until 6 pm. Participants will be required to provide one Head Shot photograph (Minimum size 4×6 inches) and a form of photo identification, such as a Passport, Driver’s License, National ID Card or Student ID Card.

Hopefuls are advised to arrive early, to guarantee their spot, as the audition will be held for one day only.

Budding actors & actresses who are unable to attend the physical audition need not worry as they can also submit a short video audition on Instagram, Facebook and Twitter using the hashtag #MTVShugaAudition.

A script will be available on www.mtvshuga.com. The online auditions will be open from Friday 28 July to Wednesday 23 August 2017.

MTV Shuga, which aims to champion and exhibit Nigerian talent, is a multi-sectoral partnership that involves the MTV Staying Alive Foundation and is supported by MTV Base Africa, the Bill & Melinda Gates Foundation, the US Government and various UN agencies and NGOs. 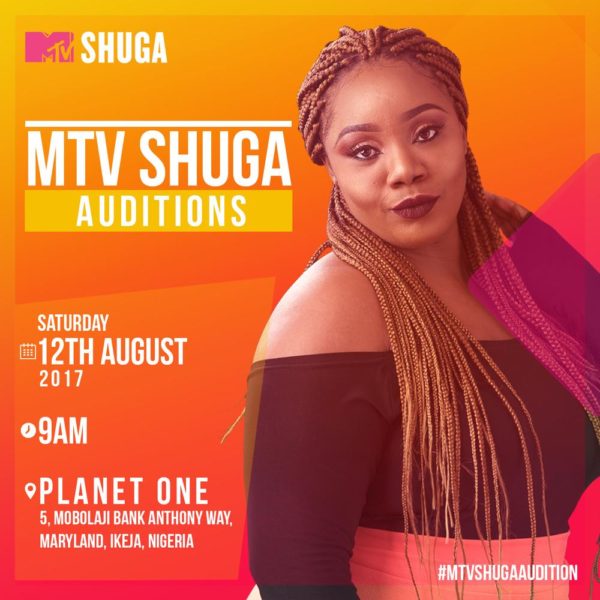 MTV Shuga would-be actors will be judged by a diverse range of industry experts and selected based on their acting skills and originality.

MTV Shuga, which is commissioned by the MTV Staying Alive Foundation, has helped exceptional actors like Oscar winning Kenyan actress Lupita Nyong’o and Emmanuel Ikubese jumpstarts their careers. Previous stars to have come through the public auditions include Samkelisiwe Makhoba, who showcased her talents in the leading role of ‘Khensani’ in MTV Shuga: Down South.

The sixth and seventh seasons of MTV Shuga will premiere on MTV Base (DStv Channel 322) and BET (DStv channel 129), as well as MTV networks and other third party broadcasters around the world in 2018. 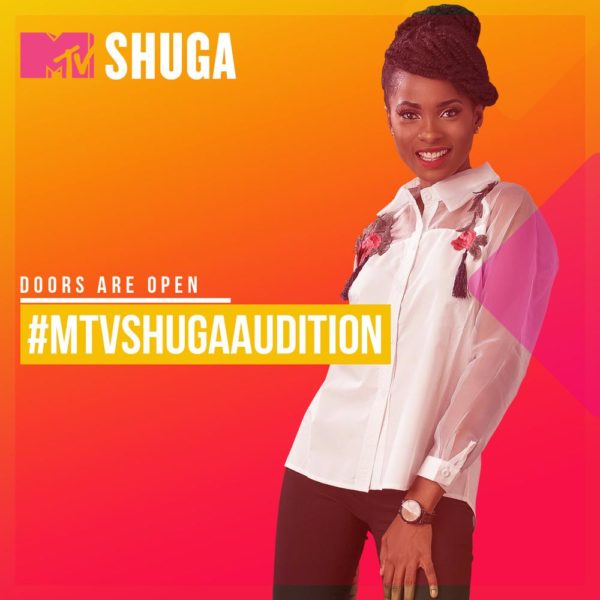 Related Topics:AudiionMTV Shuga
Up Next