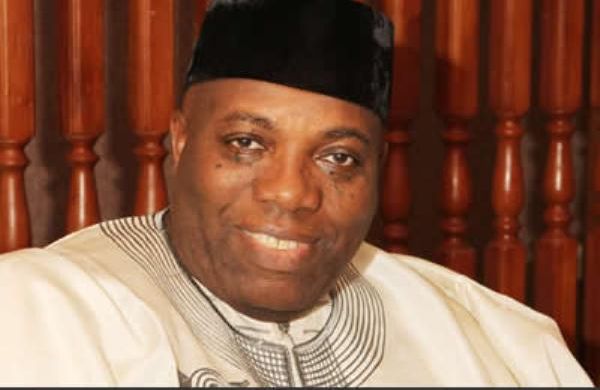 Doyin Okupe, Former media aide to ex President Goodluck Jonathan, who left the People’s Democratic Party (PDP) has announced that he has officially joined Accord Party.

He made the announcement in a Facebook post. He said that the decision was made based on a deep reflection on what he wants out of politics.

Read the announcement below:

Following various consultations with political associates, family and friends I have decided to formally join the ACCORD PARTY.

My decision is based on deep reflection on who I am and what I want out of politocs.

To me, politics does not begin and end with winning or losing elections. It’s not about big or small parties either, it’s also beyond personal relationships or endearing associations or friendships. There exists in our communities several platforms on which such affiliations and sentiments can be sufficiently gratified. To me, Politics is about service to the people, policies and ideologies that will serve the best interests of the greater majority of the society, forthrightness and accountability, honour and integrity.

I am not desperate to be anything anymore, but I am desperate to find and work with other Nigerians especially, our young and vibrant upcoming politicians to establish a political incubator to breed a new generation of leaders who will do things right, maintain high ethical standards and abhor greed, avarice, selfishness and impunity.

Most of our national parties presently and in the past were put together with a false sense of national spread but majorly, irrespective of how they came to power, they end up being inequitable and manifestly exist to serve the interests of a minority few and/or that of a tiny section of the country.

I want to belong to a political party that will be able to publicly state its position on troubling national issues like requests for self-determination by a section of the country, resource control, federalism and restructuring, religious intolerance, atrocities of Fulani herdsman, unequal standards in national university admission policy, and much more.

Any political party that does not have an openly stated position or stand on these issues is a mere association of elites coming together only to feather their own nests or at best a deceptive political contraption put together by a few to seize power for a few and for the benefit of a few.

An official date of declaration by me and my numerous supporters in Ogun State will be announced shortly.