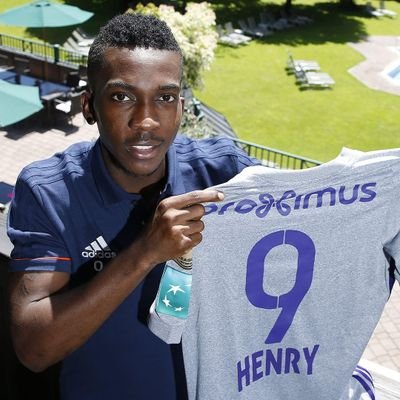 Super Eagles forward and new Everton signing who is currently on loan at Anderlecht, Henry Onyekuru has won his first major trophy tonight with Anderlecht.

His Belgian team lifted the Belgian Super Cup after coming from behind to defeat cup holders Zulte-Waregem 2-1.

According to Complete Sports, Onyekuru was introduced in the cup final in the 65th minute while his compatriot, Peter Olayinka, who is on a season-long loan from another Belgian club, KAA Gent, started the game for Zulte-Waregem.

The new season in Belgium will kick off in the coming weekend and Henry’s club will be gunning for their 35th league crown.

He will also be hoping to feature in Super Eagle’s next fixture against Cameroun in the World Cup Qualifiers.