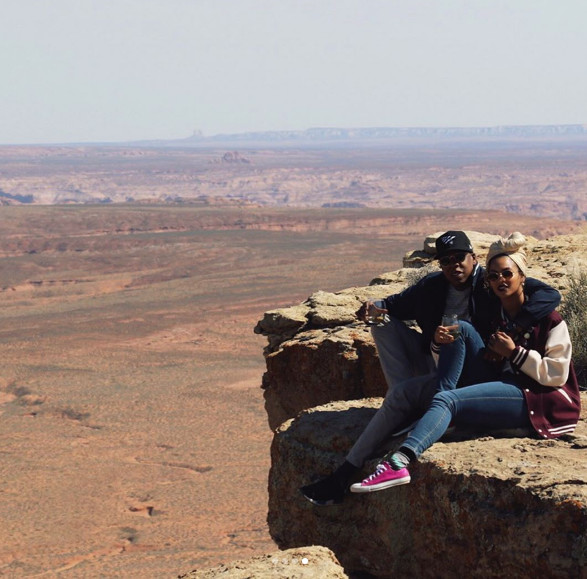 In another mini documentary for his latest album 4:44, JAY-Z has revealed that his relationship with his wife Beyoncé “wasn’t totally built on the 100 percent truth” fueling rumours of his infidelity first insinuated on Beyoncé’s Lemonade.

JAY-Z had previously released “Footnotes for 4:44”.

In the documentary, tagged “Footnotes for 4:44” and exclusively released on TIDAL, he said that rebuilding the “beautiful mansion” of the relationship was “the hardest thing he’s ever done.”

Speaking on his marriage, JAY-Z said:

This is my real life. I just ran into this place and we built this big, beautiful mansion of a relationship that wasn’t totally built on the 100 percent truth and it starts cracking. Things start happening that the public can see. Then we had to get to a point of, ‘Okay, tear this down and let’s start from the beginning … It’s the hardest thing I’ve ever done.

Recalling a vacation with Beyoncé where he begged her not to leave, JAY-Z said: “What is happening to my body right now? Did I just say … ‘Don’t leave’? All this is new for me.”

“We just got to a place where, in order for this to work, this can’t be fake. Not one ounce. I’m not saying it wasn’t uncomfortable because obviously it was,” JAY-Z said, adding that it was the reason he played the track (4:44) for Beyoncé before anyone else.

The 11-minute clip opened briefly with Chris Rock before cutting to Chris Paul who talked about how tough it is when fighting with your partner.

Other men who spoke about their relationships with women in the clip include Meek Mill, Kendrick Lamar, Mahershala Ali, Will Smith, Aziz Ansari, and Anthony Anderson.

UPDATED: Are You a BNer in Lagos? WIN a Free Copy of Amara Kanu’s Fitness Book ‘Healthy Living with Amara Kanu…Still a Size 10 after 3 Children’