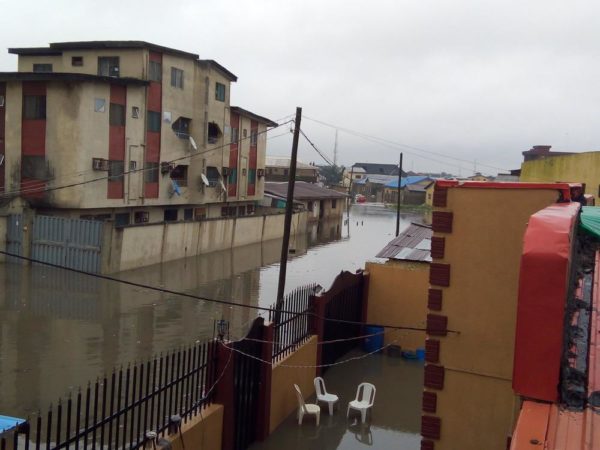 Social media users have shared photos of parts of the Mainland area of Lagos, including Somolu, Isolo, and Surulere flooded on Saturday morning.

The flood has forced residents to stay in their homes, unable to cast their votes in the Local Government Chairmanship elections.

Parts of Victoria Island, Lekki and VGC areas of the state had been flooded two weekd ago on July.

See the photos and videos below:

Building next to mine. See the cars in the distance. And that's the higher ground. pic.twitter.com/4jwGZLJzfn

View from my window. Somolu. Canal is completely covered. pic.twitter.com/pay8Eap1uf

For those mocking Island/Lekki dwellers for floods, my neighbours in Isolo, Mainland have been flooded out of their homes. Lost everything. pic.twitter.com/WpmTiNuNLD

Mainland is flooded but Ikorodu is dry.