Must Watch! Ademola Adeleke dances to celebrate his Senate Win 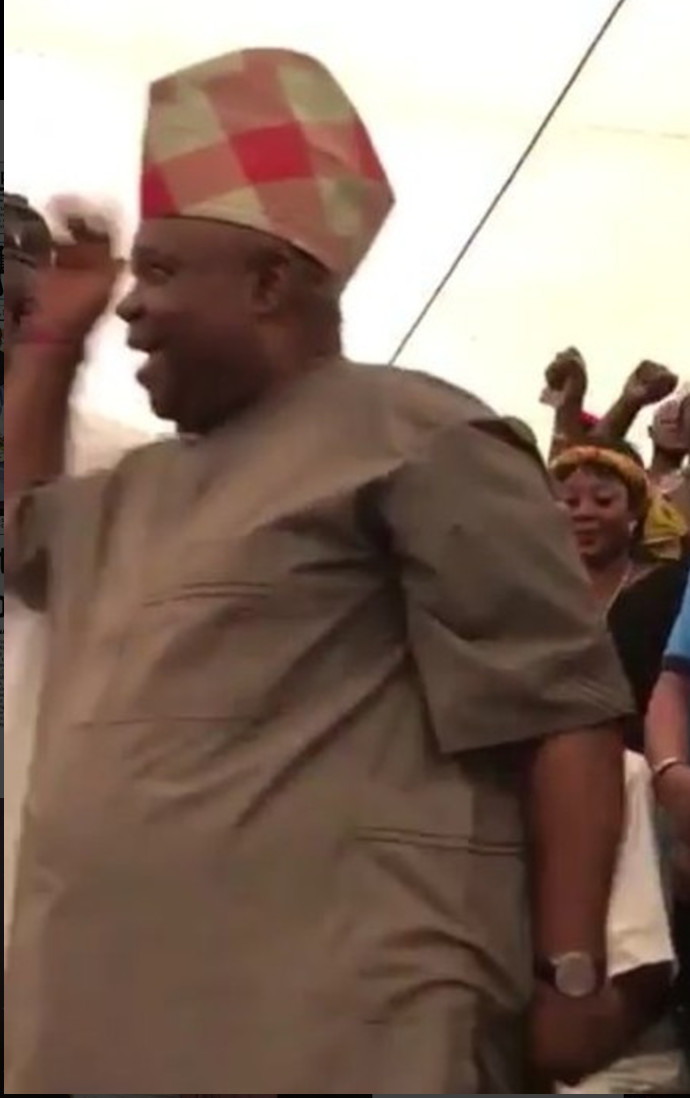 How does the song go? “Dance, Dance, Dance and forget your sorrow“, in this case, it is the opposite as Ademola Adeleke, newly declared winner of the Osun West Senatorial by-election was dancing in celebration of his victory.

On Sunday, the Independent National Electoral Commission (INEC) announced Adeleke as the winner of the election.

The election was held in 10 local government areas making up the district.

The winner is the younger brother of  the late Senator Isiaka Adeleke who died under mysterious circumstances earlier this year.

The Senator-elect is the father of musician B Red and uncle of superstar Davido.

The video has been trending with thousands of views on the @bellanaijaonline Instagram page. Watch!

Love Nigeria though. Newly elected Osun @NGRSenate Senator Ademola Adeleke dancing in celebration. Noteworthy that he’s musician @bredhkn’s dad and @davidoofficial’s uncle so it is in the blood really ?