A few days ago, social media was awash with the story of a Nigerian woman who, despite the odds stacked against her, was able to graduate from Lancaster University, UK with a First Class degree in Law.

Opeyemi Tiffany Ehimiaghe, 21, had a chat with BellaNaija about growing up in Nigeria, losing both parents, working three shifts, and managing a heart condition.

“I grew up in Lagos, Nigeria. Growing up was fun. My dad was my everything, he provided everything for me,” she recalls.

“However, I lost him to the cold hands of death in 2007. To be honest, as a 10 year old, I didn’t understand what it meant then. Overtime, I realised this man was no more. I had to adjust my lifestyle because my mum could not keep up. However, my dad’s brothers stood as a father figure in my life.”

“Soon after, my mum was given a compulsory retirement (from the bank where she worked). I don’t really know why but then that affected my life forever. Things changed and soon after she was diagnosed with a brain tumour,” she adds.

Opeyemi was diagnosed with a heart condition in her final year of secondary school (2011) and was in the hospital for four months. This was after her mum was given the compulsory retirement and had undergone her first surgery to remove the growth. 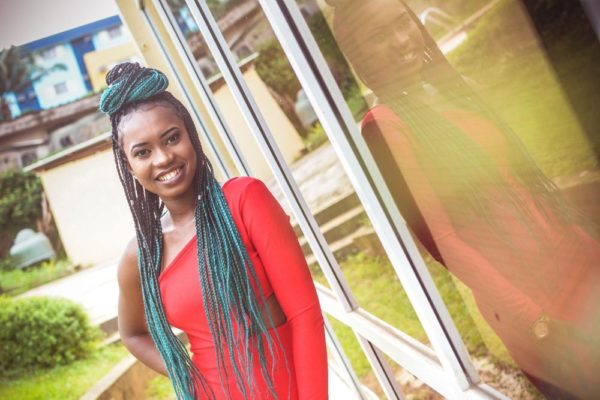 Opeyemi describes her mum as her “angel, hero, and everything”.

“My mum and I were best friends growing up. But then when I became a teenager, I don’t even know what came over me. I fought with her almost everyday. But she didn’t give up on me. Soon after we became best friends again. My mum loved me. She was willing to sacrifice all for me. She will take from my siblings to give me. She was a lover of God. The day she passed on, I felt empty. I can go on and on about my mum.

“About my dad: he was not there during my formative years, so I can’t say much. However, I will say this ‘cross bearers on earth are crown bearers in Heaven’. The kindness of my dad’s heart is what has taken me this far in life.”

Opeyemi’s family provided the necessary support she needed even after the loss of both parents.

“Although, my dad’s brothers could not repay him personally, what they have done in my life and that of my siblings can’t be quantified. Yoruba’s say this thing but I don’t know how to say it in Yoruba: God let us help those that will understand and appreciate our help in the future. So, to my uncles, words alone cannot express my heart of gratitude,” she adds.

She first moved to the UK in December 2012, and then in September 2013, to begin her university education. According to her, studying Law was a childhood passion but it changed over time and she decided to go for Economics.

“I was actually studying Economics in Lancaster, but then after my first assessment, I had a first in all my modules but a 2:1 in the Maths module. So, I switched to Law towards the end of the first semester in my first year. I realised God blessed me in terms of writing and analysing things. So, I decided to go for Law,” she says. 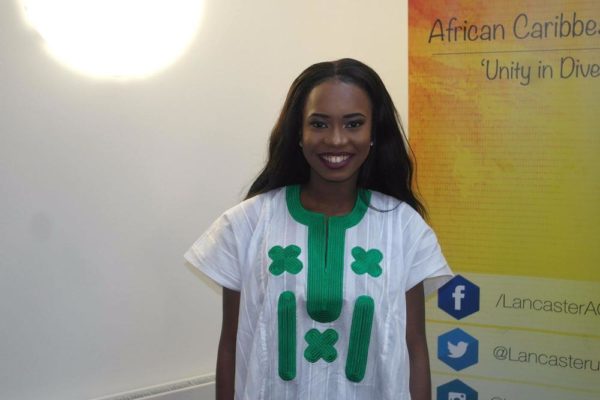 In her final year at the university, her mum fell sick and had to undergo a 12-hour operation. The operation was successful and all was well until March 7th, 2017.

“She died of Septic Shock,” Opeyemi recalls. “Her death is still so painful and could easily have been avoided,” she adds.

Because of her mum’s illness, the family ran into financial difficulties, and Opeyemi had to work three jobs to make ends meet. She did this with her existing heart condition.

She worked at Dominos, Sainsbury’s (night shift) and for her university between October 2016 and January 2017.

“I just had to manage. My employers knew about my condition. I had breaks to drink water and sit for a minute or two. But, I couldn’t keep up. Cause after work, I get so tired and I just go straight to sleep. I realised it wasn’t good for me academically so, I just decided to quit,” she says.

Determined to raise funds, Opeyemi began teaching her younger colleagues. She was able to get some money through that means to complete her education.

Opeyemi, who hopes to become a professor one day, says she will also work as a solicitor, although, her primary focus will be in the classroom.

Her message to foreign students

It’s not easy out there. International fees are no joke. Please consider your parents and do your work diligently. It is just a matter of time, you will be fine in no time. The world out there is extremely competitive. Heads up and know where you’re going to and most importantly, always put God first. Personally, I know I have no parents anymore. So, I know I have to help myself even more.

She describes herself as an extrovert who loves her phone and loves going out. “Back home in Nigeria when I don’t go out, my grandma (mum’s sister) usually thinks I’m sick,” she says, adding that hanging out with friends and family is her number one fun activity.

Opeyemi thanks everyone for their support, urging the youth not to give up on their dreams. She says she’s looking forward to advancing her education. She mentioned that, through social media, people have offered to help her achieve her dreams.

“It is my goal and prayer to make Nigeria proud,” she says.

Nairalogue with Ifeoma Adeoye: 10 Truths Behind the “Thing” Called Entrepreneurship