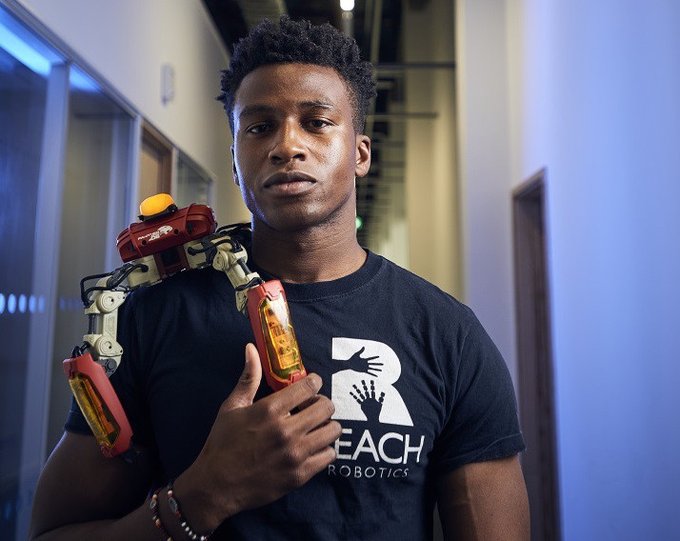 Silas Adekunle is the founder and CEO of Reach Robotics, a company that has developed the world’s first gaming robots.

Silas was born and grew up in Nigeria before moving to the UK with his family when he was 11.

Silas graduated from the University of the West of England, Bristol, with a first class degree in Robotics.

Silas told his alma mater he got the idea to build the robots while studying there, teaching maths and science in local schools on the university’s partnership scheme.

He noticed the students didn’t really like studying science, technology, engineering, and maths (STEM) subjects. Many schoolchildren didn’t plan on pursuing careers in these areas. So Silas decided to try and bring them on board by teaching robotics.

“Robotics ties in many aspects of STEM, and who doesn’t like robots?” he said.

UPDATED: BellaNaijarians Get in Here! We are giving away FIVE Tickets for #BecomingConference2017