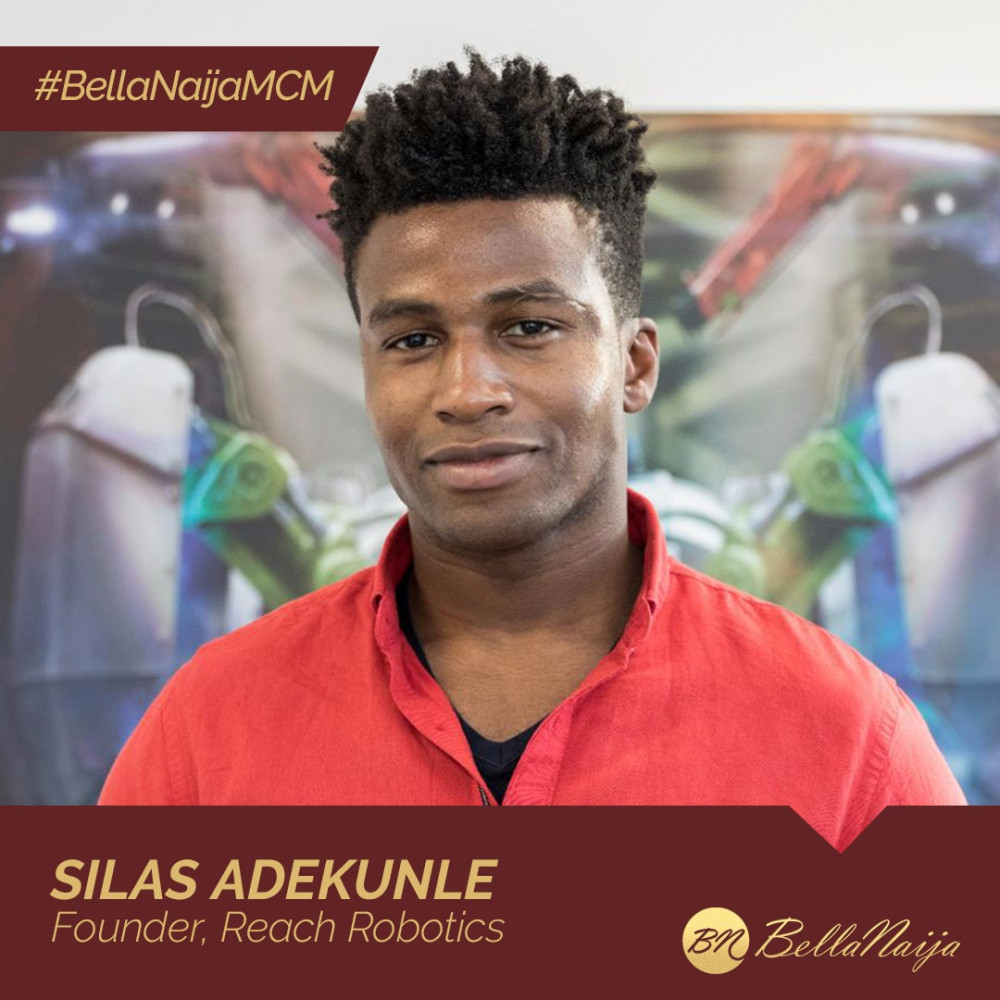 For our #BellaNaijaMCM and #BellaNaijaWCW features this week, we’ll be celebrating Nigerians in the diaspora making the country proud.

Silas was born and grew up in Nigeria before moving to the UK with his family when he was 11. Silas graduated from the University of the West of England (UWE), Bristol, with a first class degree in Robotics.

The gaming robots are multi-functional connected battle bots with augmented reality capabilities. Silas and his team created the software and hardware for Mekamon.

While studying in UWE, Silas got the idea to build the robots during the time he was managing the Prince’s Trust’s “Robotics in schools” program in Bristol in partnership with UWE.

Silas led a team of engineering students into schools to develop the interest of young students in STEM through robotics. It was during this program that Silas noticed the students didn’t really like studying science, technology, engineering, and maths (STEM) subjects. Many schoolchildren didn’t plan on pursuing careers in these areas. So Silas decided to try and bring them on board by teaching robotics.

In 2015, Reach Robotics was selected as part of the Qualcomm Robotics Accelerator program in San Diego, US, powered by Techstars.

Silas started Reach Robotics at the Bristol Robotics Laboratory (BRL) technology incubator, and has received support financially, from the BRL RIF, FET proof of concept, UWE iNets, the Manufacturing Advisory Service, UKTI and the REACT project. Silas has pitched at the European Robotics Forum in Vienna and [email protected], winning the Peoples Vote. Reach Robotics was also one of five start-up finalists who pitched at Innorobo in France July 2015.

In 2017, Silas and Reach Robotics signed an exclusive deal with Apple, and Mekamon will now be exclusively sold in Apple stores in the UK and US.

According to Forbes, investors, including London Venture Partners have put $10 million into Reach Robotics.

In 2017, Silas was nominated in the Young Person of the Year category in The Future Awards Africa (TFAA).