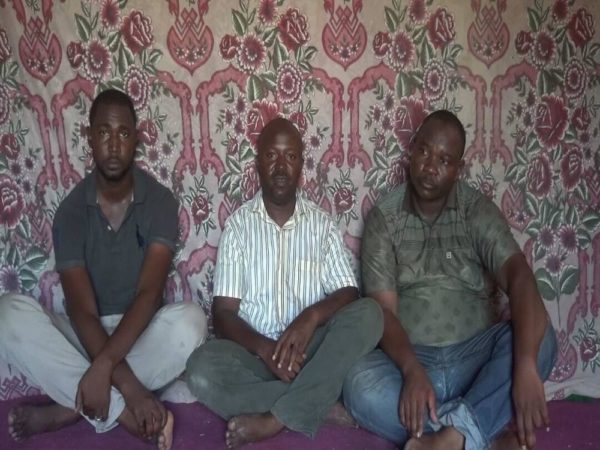 Boko Haram has released a video of the three University of Maiduguri (UNIMAID) staff who were abducted during an ambush on Tuesday.

The terrorist sect had attacked a team of security operatives and UNIMAID staff who were working for the Nigerian National Petroleum Corporation (NNPC) in an oil exploration mission in the Lake Chad Basin region.

Sahara Reporters reports that sources within the leadership of the insurgent group did not immediately realize the composition of the convoy when they launched their attack as attack on convoys is one of their modus operandi.

Two of the three victims in the video are lecturers in the university, while one of them is a driver. The fourth victim had died from his injuries.

Several reports say at least 48 persons lost their lives in the attack.

The victims called on the leadership of UNIMAID, NNPC and the government of Borno state to secure their rescue.

They identified themselves Yusuf Ibrahim, Dr Solomon M. Yusuf and Haruna Dashe and called on the acting president Yemi Osinbajo to “meet the demands” of their abductors.

The victims claimed they were abducted by the Abu Musab Al-Barnawi faction of the terrorist group.