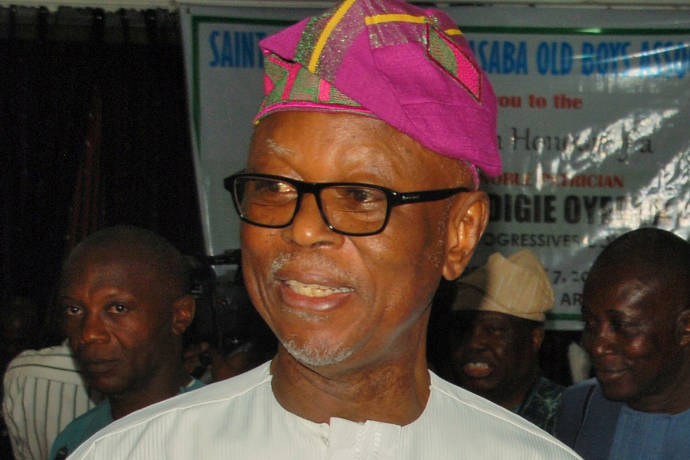 The National Chairman of the ruling party All Progressives Congress (APC) John Odigie-Oyegun has said that the party made no promises to restructure the country during its presidential campaign.

He has said that the word was purposely avoided, and the words used instead were devolution and true federalism, and even those are not of priority right now.

Odigie-Oyegun, according to Vanguard, said that the priority of the party is to fix the economy and provide jobs.

“If you want to know where APC is, read through the manifesto and that is where APC stands. The APC did not say restructuring.

“What is more important? To fix the economy or to embark on this political issue with all the contentious and different interpretations that the public gives to it? It is very specific in the manifesto, and we are not going to renege on it. No question about that.

“It is contentious, and a lot of people talk about restructuring without any commonality. We have stated clearly what we want to do. They are devolution and true federalism. We really avoided the word restructuring because it means so many things to so many people. We are coming to that but our priority for now, for today is to fix the economy and restore hope, provide jobs to the teeming millions of our youths all over the country. So it is a matter of priority.’’

No Casualties after Fire at Federal Secretariat