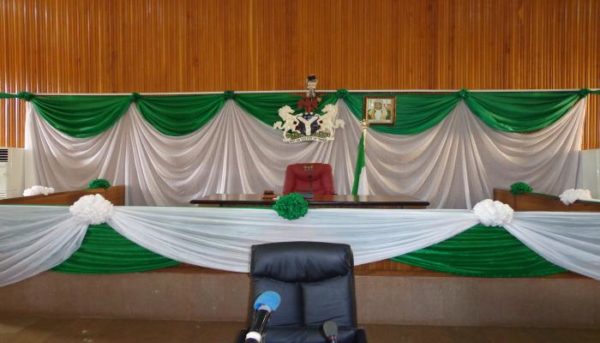 Both the former speaker of the Edo State House of Assembly Justin Okonoboh, and the Majority Leader Foly Ogedengbe have been asked to resume their duties at the house.

According to Punch, the decision was made by an ad-hoc committee set up to investigate the activities of the suspended members.

The chairman of the committee, the current Deputy Speaker Victor Edoro said Okonoboh and Ogedengbe were cooperative with the committee.

He added that the former Deputy Speaker Elizabeth Ativie, and the member representing Esan North-East II Magnus-Desmond Ezehi, would remain under suspension, as have refused to cooperate with the committee. He said:

Consequently, the suspension of the members, Okonoboh and Ogedengbe, is hereby lifted, while Ativie and Igbas remain suspended.

The four members were suspended on Monday the 14th after they were accused of gross misconduct.

The speaker Okonoboh, his deputy Ativie, and the majority leader Ogedengbe were impeached, which led to a brawl in the house.