⚽#EPLIsBack: Who are you backing for Title Glory this season? 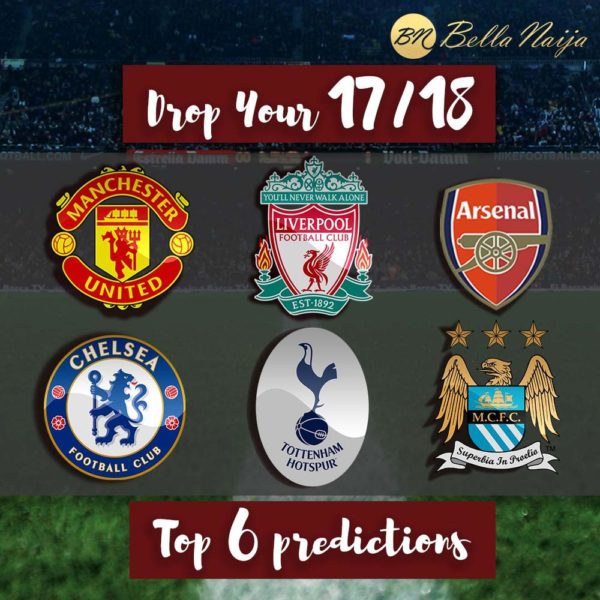 Who else is excited the Football season is back again?

Each of the 25 seasons has been charted with the story of how the titles were won and the players who starred. From each of Manchester United’s record 13 triumphs to Arsenal’s “Invincibles”, as well as the 2011/12’s incredible finale which saw Manchester City win the title in the last minute of the last match of the season and of course we remember the moment Leicester City shocked the world to win the title in 2016 after narrowly escaping relegation the season before.

The countdowns have been going on social media for over a month now as we close in on the start of Premier League season 2017/2018.

Finally, IT IS HERE!!

On paper, any of the top six could win it.

Will reigning Champions Chelsea defend their title? Can Pep Guardiola conquer England with Manchester City? Are Arsenal contenders… or will Manchester United come good? Liverpool and Tottenham are among the favourites and hoping to win their first Premier League title.

Which team will emerge triumphant from the 2017/2018 season?

We want to know your predictions in the comment session ?