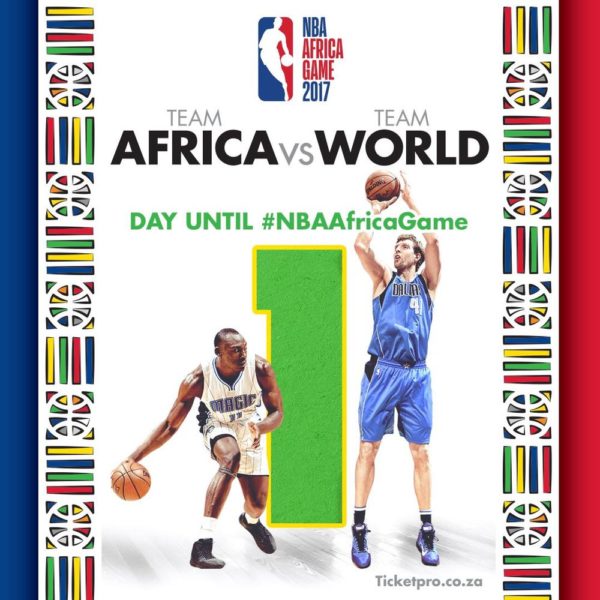 The highly anticipated NBA Africa Game 2017 between Team Africa and Team World will be played in support of UNICEF, the Nelson Mandela Foundation and SOS Children’s Villages South Africa (SOSCVSA) on Saturday, August 5th at 5:00 PM CAT at the Ticketpro Dome in Johannesburg, South Africa

The match follows the success of the first NBA match on African soil in 2015 at the sold-out Ellis Park Arena.

According to NBA, Team Africa, made up of players born in Africa will be captained by Thabo Sefolosha of Atlanta Hawks and South Sudan-born Luol Deng of Los Angeles Lakers.

Mavericks Dirk Nowitzki of Germany and the US born Kemba Walker of the Charlotte Hornetts will captain Team World.

NBA reports that there have been more than 70 current or former NBA players from Africa or with ties to the continent, including NBA Africa Ambassador Hakeem Olajuwon (Nigeria) and Dikembe Mutombo, both of whom played in NBA Africa Game 2015.