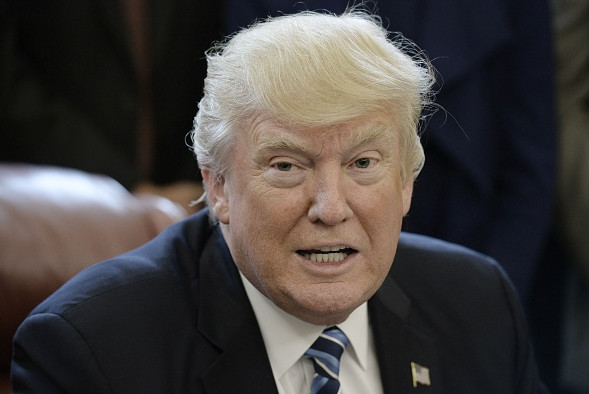 United States president Donald Trump has signed a memorandum ordering the military to disallow transgender individuals from being recruited.

This is coming exactly a month after he, through a tweet, made known his intentions to not allow transgender people serve in the U.S. military.

According to CNBC, in the memo, Trump also directed that the Department of Defense and Department of Homeland Security stop using government funds for sex-reassignment procedures, unless the procedure is already underway.

The White House official who briefed the press reportedly declined to say whether current transgender troops would be allowed to remain in the military under the new guidelines.

Transgender people who came out in the Obama-era when he changed the policy to allow transgenders serve in the military are kicking back.

Trump, however, says this is not him discriminating against LGBT people. The official who spoke to reporters said:

The President is the President for all Americans, and during last year’s campaign he was the first GOP nominee to talk about LGBTQ issues at the GOP convention, but he also was critical of the Obama administration’s change in that longstanding DOD policy.

He’s going to continue to ensure that the rights of the LGBTQ community, as well as all Americans, is protected. This policy is based on a series of national security considerations.

The memorandum also asks the Secretary of Defense Jim Mattis to determine in the coming months how to handle transgender people currently serving in the military, using their military effectiveness and lethality, budget constraints, and law.

It asks Mattis to submit a plan to Trump by February 21, 2018, on how to implement those changes.

Mayweather Versus McGregor! Upgrade to DStv Premium to watch the Greatest Fight in history Live on SuperSports | Tomorrow, August 27th

Explore, with your Mind