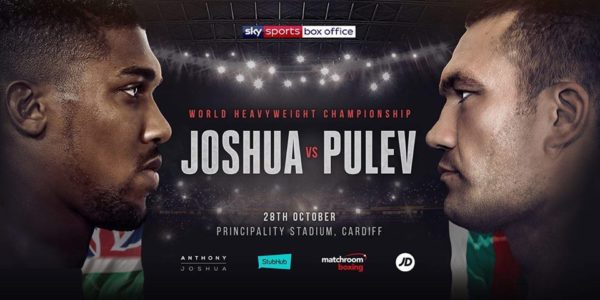 The 27-year old remains undefeated in 19 fights and had been due to face Wladimir Klitschko in a rematch of their April bout, but Klitschko has since announced his retirement.

Joshua was also ordered to face IBF mandatory challenger Pulev before December 2, or risk being stripped of that belt.

He will now take on Pulev, 36, who has expressed his confidence ahead of the bout next month.

“Anthony Joshua is a great and dangerous rival, but his style fits perfectly with mine.

“In boxing, the boxers’ styles dictate the match and there’ll be not many hugs, there will be a heavy boxing.

“My preparations go very intensely because of the short time I have, and I will be perfectly ready when I get into the ring so that he has no chance against me,” Pulev wrote on his page on Facebook on Monday.