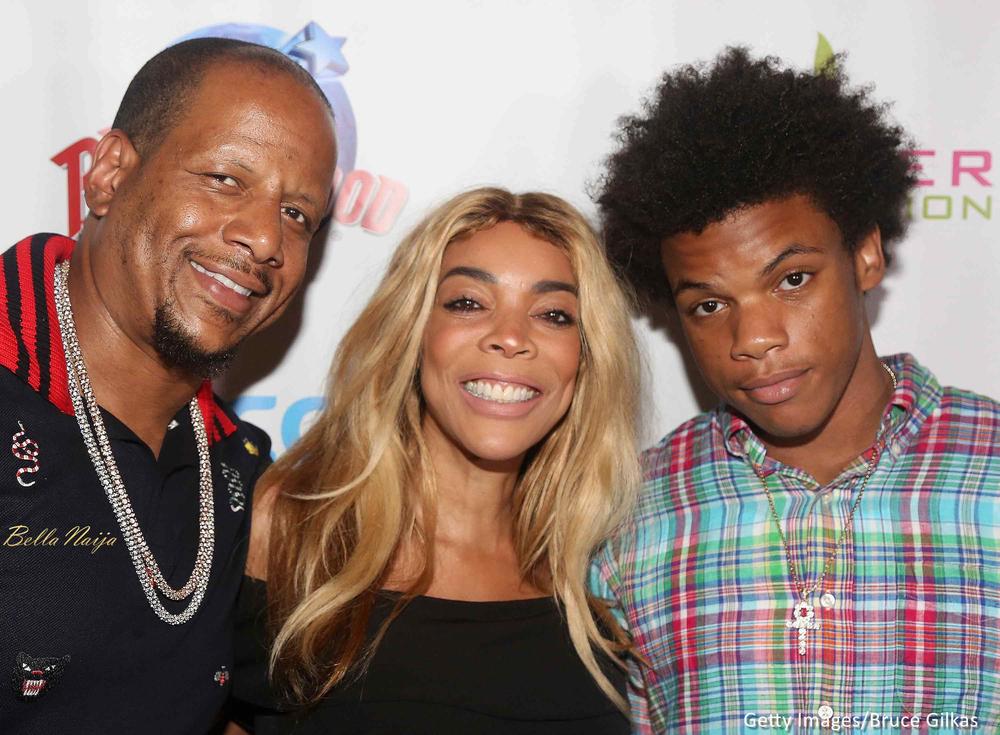 American TV show host Wendy Williams‘ husband Kevin Hunter is reported to be living a double life. Daily Mail reports that the 46-year old is having an affair with a certain Sharina Hudson, a 32-year old massage therapist.

Daily Mail claims they had been investigating Kevin for a year and can now authoritatively state that he is indeed living a double life. They definitely have the photos and video to back their claims.

Kevin and Wendy have been married for about 20 years and have a son together, Kevin Jr, born in 2000. Kevin runs a productions company as well as managing his wife’s TV career.

Daily Mail reports that he has been dividing his time between the New Jersey home he shares with Wendy and a secluded home is Morristown he acquired for Hudson.

This is not the first time their marriage has been rocked by infidelity as Wendy infamously once caught him cheating in 2001 after the birth of their son but later went on to say it had only made them stronger.

Just a couple of weeks back, Kevin & Wendy were seen holidaying in Barbados and people began criticizing her on her look. She said on their return:

We were having the time of our lives. We totally thought we were by ourselves. I don’t care when people talk about the way I look, because as long I love what I see when I get out of the shower, as long as (my husband) loves what he sees when I slip into bed, and as long as my son is not embarrassed by overweight or underweight mommy, I’m good

Daily Mail pictured Hudson wearing an engagement ring on her finger and there are suspicions that Kevin might be planning on ditching Wendy and getting together with his mistress.