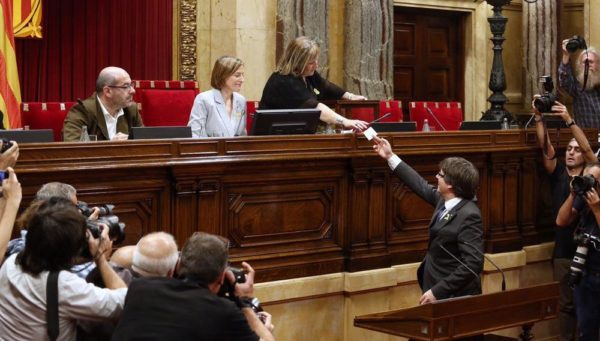 Lawmakers of the Catalonia regional parliament have voted to split from Spain in a ballot boycotted by the opposition.

According to CNN, the lawmakers had voted in secret following a heated debate on the motion “to form the Catalan Republic as an independent and sovereign state.”

The members of the parliament backed the motion 70 – 10.

The motion called for the transfer of power from the central Spanish government to an independent Catalonia.

Spanish Prime Minister, Mariano Rajoy, minutes after the declaration, wrote on Twitter: “I ask all Spaniards to remain calm. The rule of law will restore legality in Catalonia.”

Spain’s Senate, following the declaration, approved measures allowing the Spanish government to impose a direct rule over the region, and Rajoy is expected to begin moves to remove the Catalan President, Carles Puigdemont, and his ministers, from office.

Be Like Chuks’ Dad! VAIDS urges Nigerian Taxpayers to regularize their Tax Status