"Let's all be better" - Davido tells Supporters and Accusers 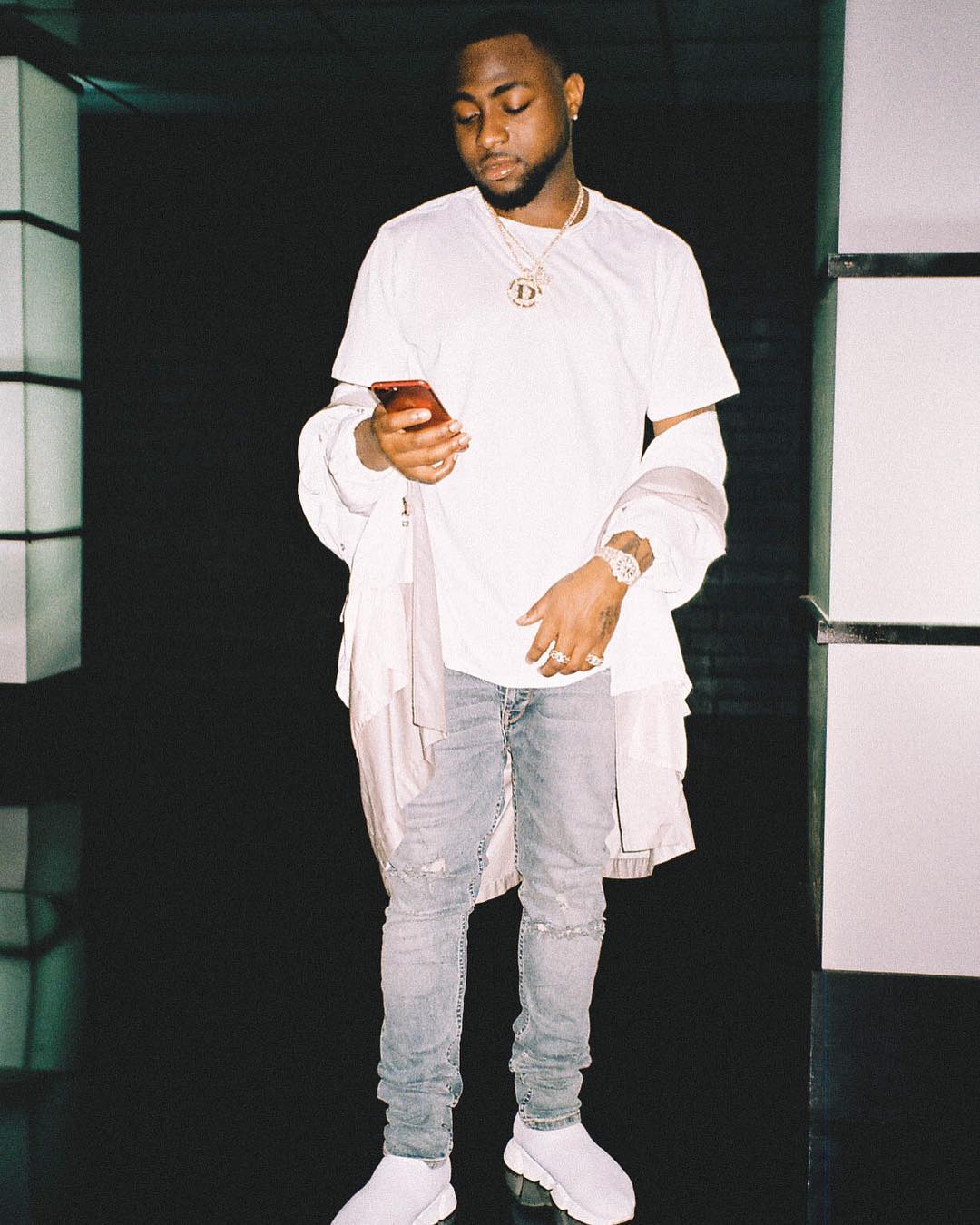 It seems Nigerian superstar Davido is set to move on following controversies which have trailed him for the past few days.

Three men from his crew died within a week. First the death of Tagbo of which he was accused of complicity, and then the deaths of DJ Olu & Chime.

According to what he shared on his Insta Story, the singer is now ready to move on as it seems all that is behind him

He took time out to thank those who stood by him during his ordeal and those that did not. He also went ahead to state that he has forgiven media houses that peddled false information about him at the time. 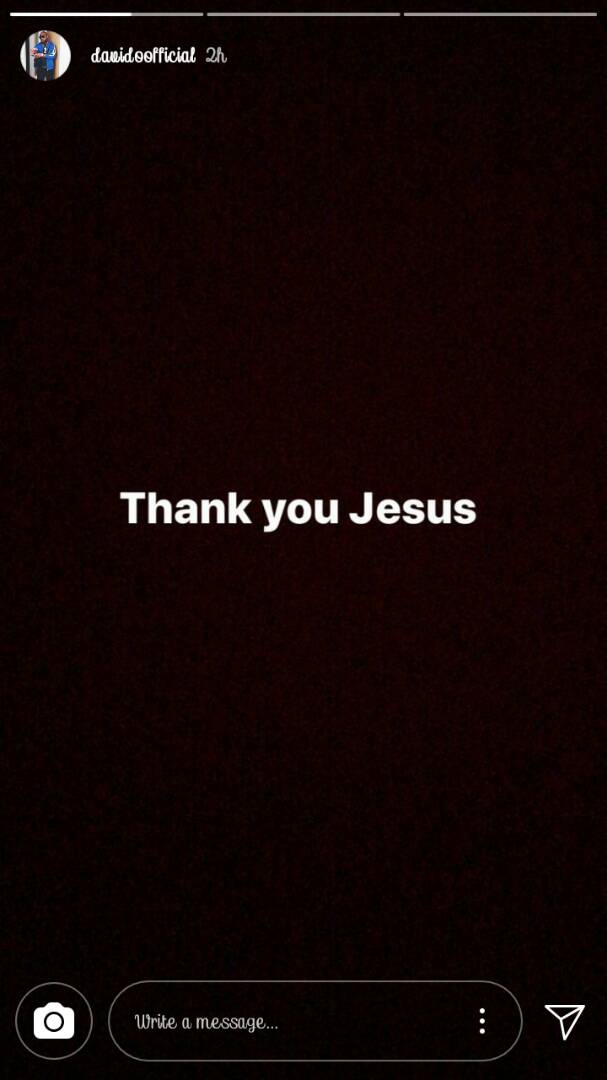 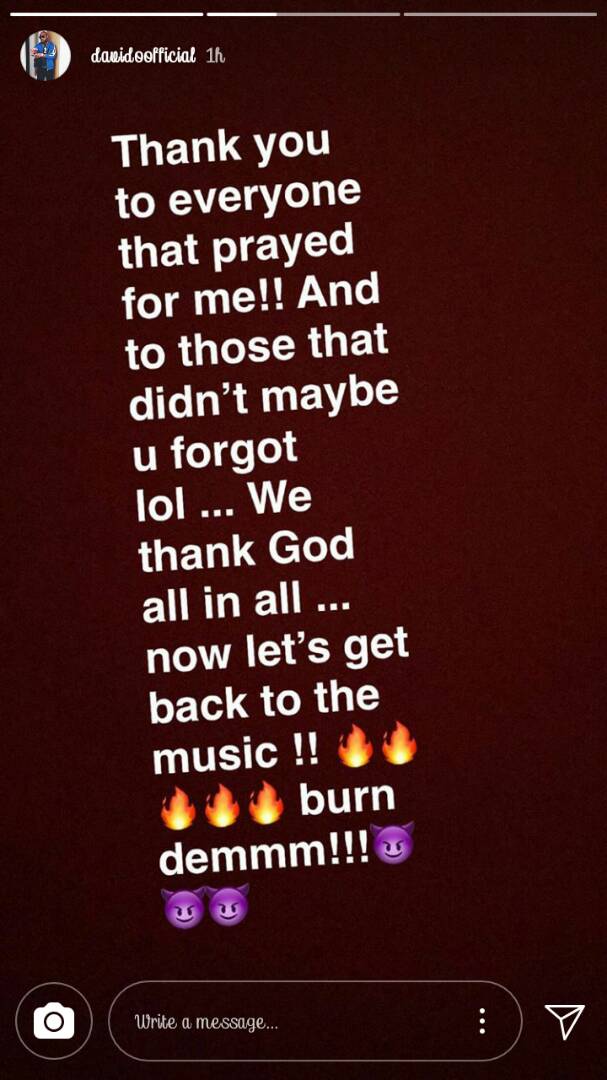 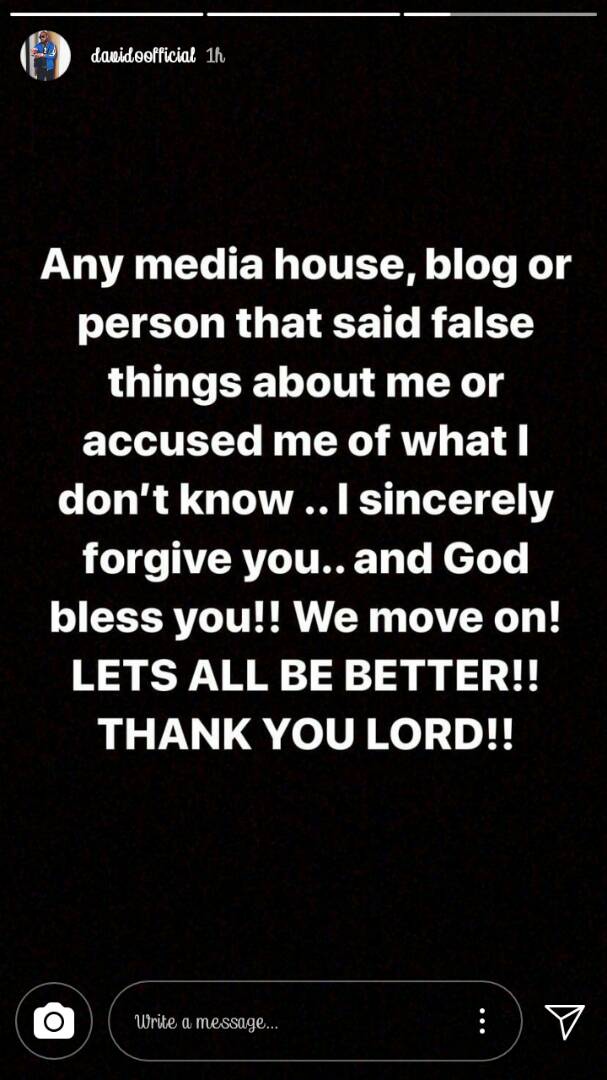