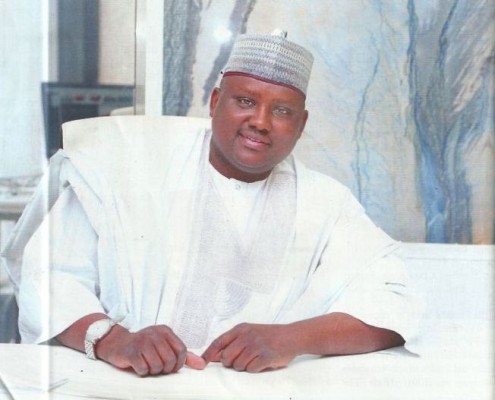 Maina had reportedly been declared wanted by the EFCC for a pension fraud scheme amounting to more than N100 billion.

He had been investigated and invited by the Senate, but, ignoring the panel, he sued the Senate and the then Inspector General of Police, Mohammed Abubakar, and thereafter went into hiding after being declared wanted by the police.

He was suspected to be in the United Arab Emirates, from where he had been lobbying to stay in the good graces of the Buhari-administration.

It was reported a week ago that the former pension boss has been recalled and promoted to the position of Director the Human Resources Department of the Ministry of Interior by the Buhari-administration.

The Minister of Interior, retired Lt.-Gen. Abdulrahman Dambazau, has also confirmed Maina’s resumption as Acting Director in his ministry.

The confirmation came in a statement issued by the Press Secretary to the minister, Ehisienmen Osaigbovo, on Sunday.

Osaigbovo, however, debunked media reports that his principal was one of those responsible for Maina’s “reinstatement”.

“Maina was posted few days ago to the Ministry of Interior by the Office of the Head of Service on an Acting capacity to fill a vacancy created following the retirement of the Director heading the Human Resources Department in the Ministry.

For the avoidance of doubt, issues relating to discipline, employment, re-engagement, posting, promotion and retirements of federal civil servants are the responsibility of the Federal Civil Service Commission and Office of the Head of Service of the Federation.

No minister exercises such powers as erroneously expressed in this publication.

It is understood that Maina’s last posting was with the Ministry of Interior, and that is probably why he was re-posted back to the ministry,” he said.

But in a text to Punch, the spokesperson for EFCC, Wilson Uwujaren, wrote: “Maina is still on the commission’s wanted person’s list.”

A source at Interpol who asked to remain anonymous said they aren’t investigating the former pension boss. He said:

We are not investigating Maina. We received a request from the government, issued a red alert and informed our agents worldwide to ensure that he is arrested. If Maina is back in the country then probably the Nigerian government has withdrawn its request.

Although a source said Minister of Justice and Attorney General of the Federation, Abubakar Malami, helped Maina in securing a reinstatement, it hasn’t been proven if this is true.

Maina had reportedly accused the EFCC of a witch-hunt in a petition to President Muhammadu Buhari and the Office of the Attorney General of the Federation.