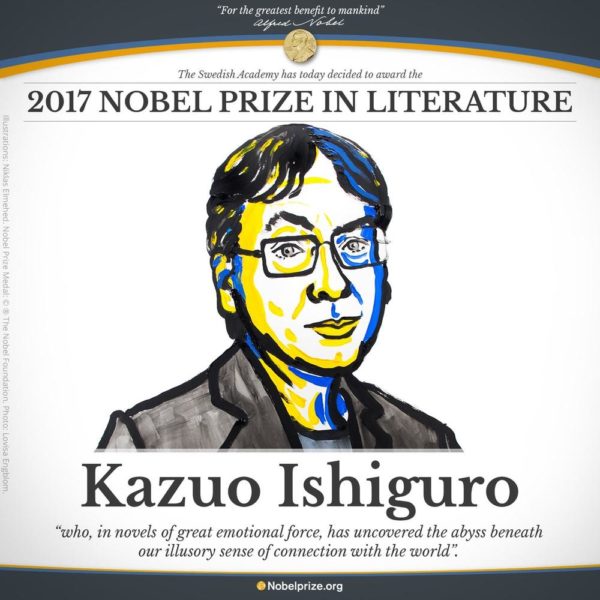 British Writer Kazuo Ishiguro is the 2017 winner of the prestigious Nobel Prize in Literature.

The author has written 7 novels, including “When We Were Orphans” and “Never Let Me Go,” which has been made into a movie, and collections of short stories..

Permanent secretary of the academy Sara Danius described Ishiguro as a writer of great integrity. She said:

He’s a writer of great integrity. He doesn’t look to the side, he’s developed an aesthetic universe all his own.

He is someone who is very interested in understanding the past, but he is not a Proustian writer, he is not out to redeem the past, he is exploring what you have to forget in order to survive in the first place as an individual or as a society.

Ishiguro, born in Japan, moved to England when he was 5. He has described himself as not entirely an English writer, as he was brought up by Japanese parents in a Japanese speaking home.

He studied Creative Writing in the University of East Anglia.