One Named Peter! Mr P opens up on P-Square's Break Up as he covers Vibe.ng Magazine

“One thing I will never do when I come back to this life again is mix family with business,” Peter Okoye, now known as Mr P, says as he discusses the break up of P-Square with Vibe.ng.

Peter and Paul Okoye have for over a decade been rocking our airwaves, gathering awards, as the hit group P-Square.

But trouble soon hit, with one fight reported after the other.

Finally, in 2017, the brothers decided to go their separate ways, each making his own music.

Mr P, who covers the most recent issue of Vibe.ng magazine, discusses both the past and his plans for the future.

“It has been fun till like probably late 2013,” Peter began. “30 children cannot continue to play together for 30 years. We are at a point where we no longer have respect for each other. It is not ego or pride; it’s respect… Respect as an individual, and as family. This is the best solution we could come to.”

Peter says he feels it was respect that made the group last as long as it did, not brotherhood adding that that respect is gone.

Peter, though, doesn’t want fans to be sad about their separation. “Change is constant,” he said.

To the fans, we’re sorry. You don’t want to see P-Square on stage when they just fought back stage; pleasing you guys when we are not happy. I’ve tried many times to make it work but it did not work… I just had to give up for the sake of the respect of our individual families.

“We gave you guys P-Square even though the family had been fighting for about four years-even as of last year that we claimed we were back,” he continued. He, too, isn’t sure what exactly is wrong, he said. But whatever it is, it isn’t healthy. He said:

We are not okay. It’s not healthy. I don’t have any problem with their own family. The wives, everybody. I am cool with them. I don’t know what’s wrong. I don’t know why it looks as if the hatred is on my family. I’ve tried to ask them what the problem is but nobody is telling me anything. 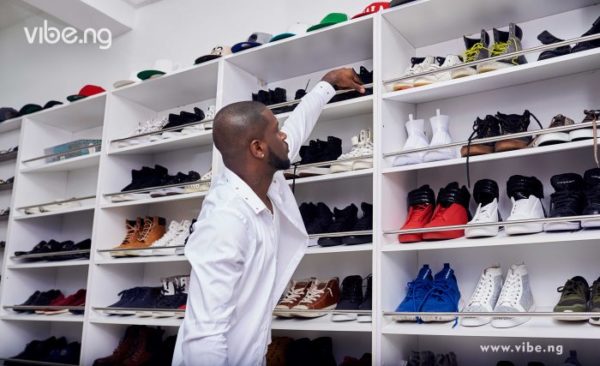 Peter also addresses the constant criticism from fans who ask him not to air his differences with his brothers on social media. he said:

The reason why I started responding to social media is because there was something that came out one time. I was advised “Peter do not say anything” but it’s affecting me today. When my brother put out that he sings and writes all the songs. I never responded but right now, there are 50% of our fans and some groups that believe Peter doesn’t sing. All because I wanted peace. But now if you say anything about me, I will respond. I don’t respond harshly if you’ve noticed. I’m not like last year.  I decided to calm down because my family is more important here. I cannot trade my family. If you do not like it, don’t be my fan.  If you do not like the fact that I am standing for my family, then you should not be my fan and I am serious about it. My brother is my twin, fine, but you keep asking me blood is thicker than water. Obviously you think Paul is my blood and my family is the water? You guys better be out of your minds.

Taking Africa to the World! Travelbeta announced as the official Travel Partner for One Africa Music Fest Dubai