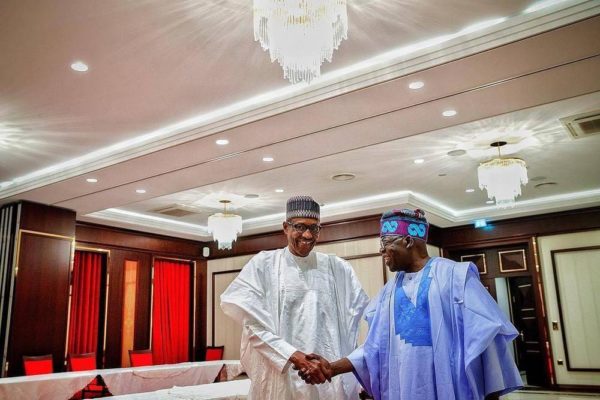 President Muhammadu Buhari has commiserated with the All Progressives Congress (APC) National Leader Bola Ahmed Tinubu over the loss of his son.

President Buhari wrote on Twitter that he was deeply grieved by the passing of the APC leader’s first son, Jide. He wrote:

I’m deeply grieved to learn of the passing of Jide Tinubu. My deepest condolences to the Tinubu family on this sad and painful loss.

The presidency also released a statement, saying the president had called the APC leader. The statement read:

President Muhammadu Buhari is deeply grieved to learn of the passing away of Jide, eldest son of the APC National Leader, Asiwaju Ahmed Bola Tinubu.

President Buhari in a telephone call Wednesday to Asiwaju Tinubu on behalf of the Federal Government and his family offered his deepest condolences to the Tinubu family over the loss of Jide.

Describing the transition of Jide as “sad and painful,” the President said that the nation has been denied the services and potentials of the resourceful lawyer.

He prayed that God will grant the family, friends and associates the fortitude to bear this irreparable loss, and comfort all who mourn the passage of the promising gentleman.

See their tweets below: