Delta Big Boy: These 6 things are More Important than a Nigerian Life 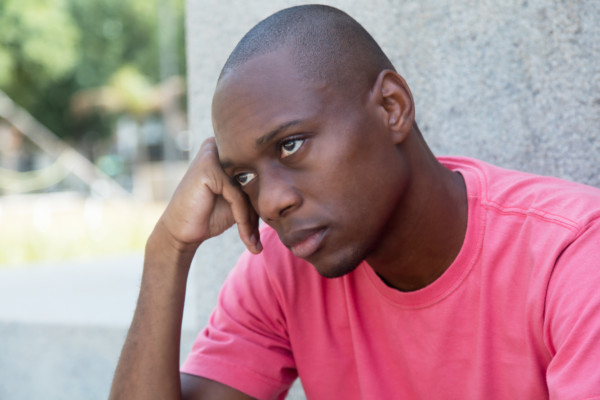 In Nigeria, you could get killed for the most ridiculous of things; while money, theft and power are some of the popular reasons, there are some ridiculous things that can get you killed if you live in Nigeria

Check on them below:

“Awa Oyel”
Honestly, this is what is keeping us together as a country. Forget all the “unity is non-negotiable” jargon. The people who live in the oil-rich regions say they are marginalized and want to enjoy the harvest of their land particularly because it has destroyed their sources of livelihood pre-oil mining. The people who legally own the oil blocs no gree oh. “The oyel is awa own. We paid for it.”

So, they protest! They kidnap and kill. No, not to make their voices heard, but to make their contractor’s pockets full and then receive crumbs in the end. At the end of the day, law enforcement officers die, protesters die, and small money is tossed around for the few persons on top, and there is peace, for some time, until someone is contracted again, to cause trouble.

There are genuine protesters but we won’t hear about them. People that don’t have food to eat are the ones that want to pay to be featured on tv abi newspaper? You go old.

Religion
Ah! Some people have contracted themselves as assassins for beings they (not anyone else oh) describe as all powerful, greatest, e.t.c. So, if someone offends the all powerful being, I help my all powerful and all present being find that person and kill/maim or punish him/her.

ASUU, Doctors and Civil servants go on strike every now and then chiefly because no salaries and disregard for agreements and MOUs, but no matter what, money must be made available for summer and all other vacations to Mecca and Jerusalem. I understand sha, not doing this can cause civil unrest which will result in more killings.

Nigeria is a highly religionised country – religion plays a huge role in winning elections, hence you must massage the ego of the religious to win their votes.

For what it’s worth, I believe in God, but I don’t go about beating people to get them to live like me.

Military Officer’s Ego
Why do soldiers tell us to do frog jump when we do something that does not massage their ego? When it’s not like we were on the same queue when they were buying their entry forms.

Have you tasted mud before? Have you experienced the level of pain when koboko lands on the back bone of a human with the force from a soldier’s hand? Do you know the health benefits of frog jumping with piece(s) of building blocks or its allied materials on your head?

It doesn’t matter if you are physically challenged or not, you dare not wear a military camouflage anywhere, even if you are poor and that’s the only piece of clothing you have. Never even try to make your way into any barracks without using the pedestrian gate. Do this and experience the things in the paragraph above.

You don’t want to be caught using an iPhone and driving a Toyota Camry, by police officers especially the ones from the SARS stock. They assume the role of Vehicle Inspection Officers, asking for “particulars” and all what not before proceeding to peruse your phone in search of that imaginary “maga” you are trying to catch.

I don’t blame them sha. How can you pay people peanuts, but still give them guns and say “protect us”? We are even lucky they do not go from house to house robbing us. Maybe they even do it sef. You didn’t hear it from me biko. I don’t want Dear Egbon His Royal Highness, Majesty, Sir DSP Yomi Shogunle to come for me on Twitter, accusing me of disrespecting “constituted authority” and reminding me that I was lounging in heaven when he made his first arrest as a police officer.

I know the police are trying to restore their image and all what not, but that one na for Oga them at the top. Most people are chronic lawbreakers and do not know their rights. Even if they do, you don’t want to get into “police wahala”. E go shock you! Except you are in the top 1% sha, i.e you or your dad or uncle is in this photo. 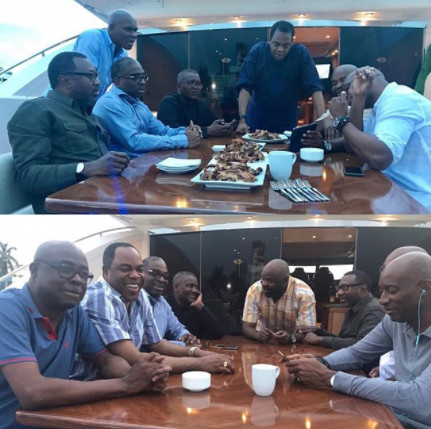 Who is that one shouting “sugar daddy nko” or “bae” at the back?

Politician’s Fat Pocket
Clearly! With all the billions of naira and dollars being “recovered” and discovered on a daily basis, it’s clear that people who have access to these funds are using them to make their pockets fatter.

We have 10.5 million out of school children, about 70% poverty rate, child and maternal mortality rate being one of the highest in the world, crime rate on the rise, dilapidated hospitals, because funds to tackle them are being used to make pockets and bellies fatter.

I can’t even make this point funny, because it’s not!

Sexual Orientation
The whole world is trying to abolish the death sentence so that persons who have be found guilty of a crime, as in, people who committed the crime according to the law, don’t get killed. Human life is precious, plus what if the individual is innocent? Like I said, this is what the world is discussing; in Nigeria, you may be lynched for bringing no harm or disturbance to anybody just because you love differently.

If your sexual orientation ain’t the popular one, you may get killed. People should be allowed to live their lives as they please, as long as it is consensual and not causing harm to anybody.

You don’t have to agree with, or like someone’s way of life to live peacefully with them. Live your life, let them live theirs.

**
The only crime you can commit in Nigeria is that of poverty. The leaders only think of poor people every four years so that they can renew their licenses to amass more money – owned by the poor. We nko? We should try (I know you worked so hard for your money) to remember those who do not have the privileges we have. People are suffering in this country oh! Let’s lend a helping hand, after the hand has left our pockets that is. Hehehe.

P.S: There are many generalisations and exaggerations in this article and that’s because I don’t have rubbish time to start saying some people are doing their jobs, or researching the exact figure of what I’m trying to say. After all, anything less than 40% is failure, so? Kachifo!

By the way, I appreciate the security officers that put their lives on the line every day to keep us safe. Blessings!

What are the other ridiculous things you think can get you killed as a Nigerian?