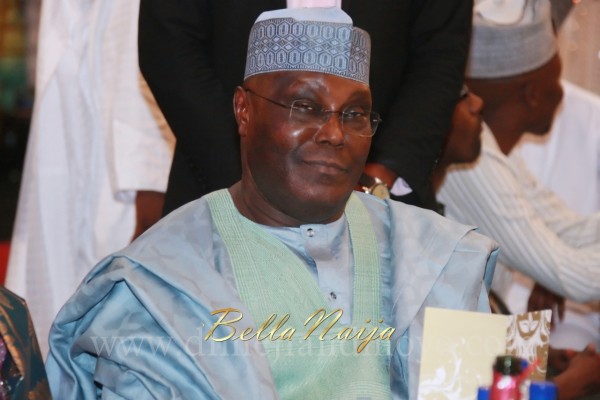 Former vice president Atiku Abubakar has declared as fake news a video making the rounds of him declaring to run for president in 2019.

The video featured him speaking, with posters with taglines “Atikunation.”

“I’m ready to serve,” the 2015 presidential aspirant had said in the video. “If not Atiku then who?” the video had ended with.

But the former vice president, on his official Twitter page, has distanced himself from the video.

He quoted a link of the video from a publication, saying: “This #FakeNews is breaking across so many media channels, I’m wondering who sent it to them #Smile”

Where is DSS, EFCC, Fire Brigade, NYSC? Time to get to work. pic.twitter.com/6svh7r6cwx

This #FakeNews is breaking across so many media channels, I’m wondering who sent it to them #Smile https://t.co/Q64ZtQ9u69

Related Topics:Atiku Abubakar
Up Next