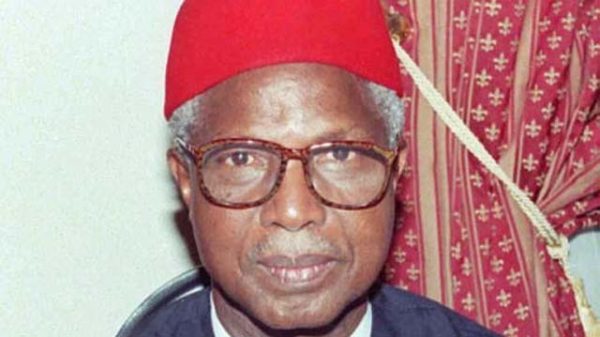 His brother, Igwe Laz Ekwueme, who announced this in a statement, said that the elder statesman died at a London clinic at about 10 p.m. on Sunday.

“Ekwueme family regrets to announce the peaceful passing away of their patriarch, the former Vice President of the Federal Republic of Nigeria, Dr Alex Ifeanyichukwu Ekwueme,’’ he said.

Ekwueme, who turned 85 years in October, was reported to have collapsed in his residence in Enugu a few weeks ago.

He was immediately taken to Memfys Nuerosurgery Hospital in Enugu from where he was moved to London for further medical attention on the orders of President Muhammadu Buhari.

Ekwueme was the Vice President to Shehu Shagari between 1979 and 1984.