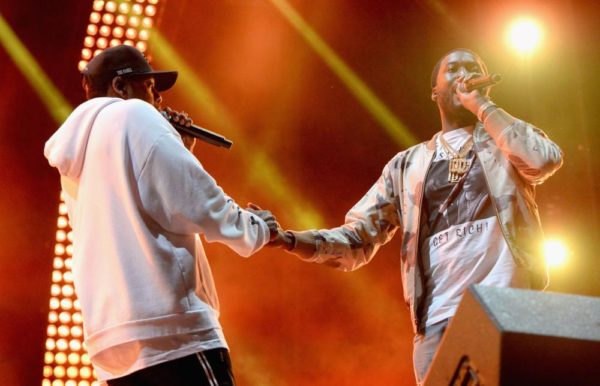 JAY-Z has on his Facebook page, has criticized the sentencing of rapper Meek Mill, describing it as “unjust and heavy handed”.

Robert Rihmeek Williams popularly known as Meek Mill had been sentenced to 2-4 years in state prison by a Philadelphia judge for violating the terms of his probation.

Common Pleas judge Genece Brinkley cited a failed drugs test and failure to comply with restrictions on his travel as reasons for his sentencing.

The sentence came as a surprise even as prosecutors recommended that he should not be punished as he has been off drugs since January and complied with most terms of his probation.

The sentence handed down by the Judge — against the recommendation of the Assistant District Attorney and Probation Officer — is unjust and heavy handed. We will always stand by and support Meek Mill, both as he attempts to right this wrongful sentence and then in returning to his musical career.

Comedian Kevin Hart on his Instagram also showed support for the rapper, writing:

Mary J. Blige is Anointed on the cover of W Magazine