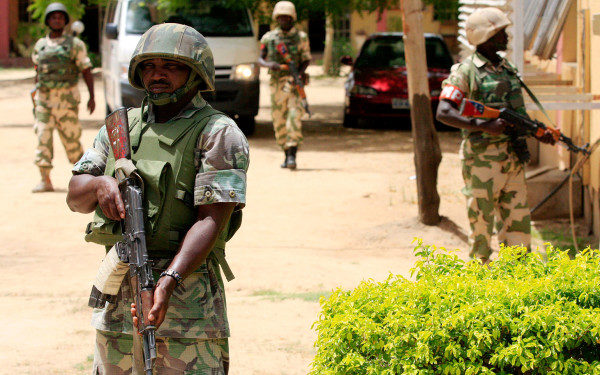 It is now mandatory for all officers and soldiers in the Nigerian Army to understand the 3 major languages in the country – Igbo, Hausa and Yoruba, Premium Times reports.

The Army announced the policy change on Wednesday morning, asking that all its personnel be proficient in the 3 languages by December 2018.

The army spokesperson, Brig.-Gen. Sani Usman, made the announcement adding that it will be an added advantage of applicants if they already are proficient in the languages.

The new policy will ensure better communication with the populace, Usman said, and will enhance information gathering.

Read the Army’s full statement below:

1. The Nigerian Army has introduced a new Language Policy. The study of foreign and local languages is world-wide practice among armies, in which officers and soldiers are encouraged to be multi-lingual. The Policy will foster espirit-de-corps and better communication with the populace to enhance information gathering, civil-military relations, increase understanding between militaries when operating abroad and assist officers and soldiers to perform their duties professionally.

2. It is to be noted that English remains the official language in the Nigerian Army. Yoruba, Igbo and Hausa languages could be used during Civil Military Cooperation (CIMIC) activities or interrogation. Therefore all Army personnel have been given one year to learn the three major Nigerian languages. Invariably, by December 2018, all Nigerian Army personnel are expected to learn the three major Nigerian languages. The standard of proficiency to be attained is the basic level. Certificated proficiency level will attract Language Allowance.

3. The ability to speak the 3 major Nigerian languages will be an added advantage to those applying for recruitment or commissioning into the Nigerian Army. Therefore, prospective candidates are encouraged to learn Nigerian languages other than their mother tongues.

4. Before now, the Nigerian Army officially encouraged the learning of French, Arabic, Spanish, Portuguese and Swahili. French language is an assessed subject in some career courses and examinations for Nigerian Army personnel.

Zimbabwe: Ex VP Mnangagwa to return to country on Wednesday, expected to be Sworn In as President