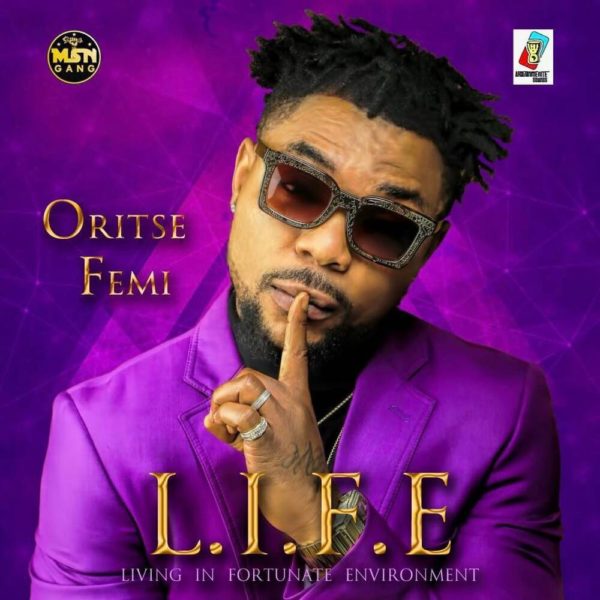 Musical Taliban Oritse Femi is set to drop his 9th studio album which he has titled “L.I.F.E” (Living In Fortunate Environment).

Among the 18 tracks are previously released works like “Kelele” featuring Olamide, “Pum Pum Nice“, “Unity“, “Our Government I Beg” & “Bodija” 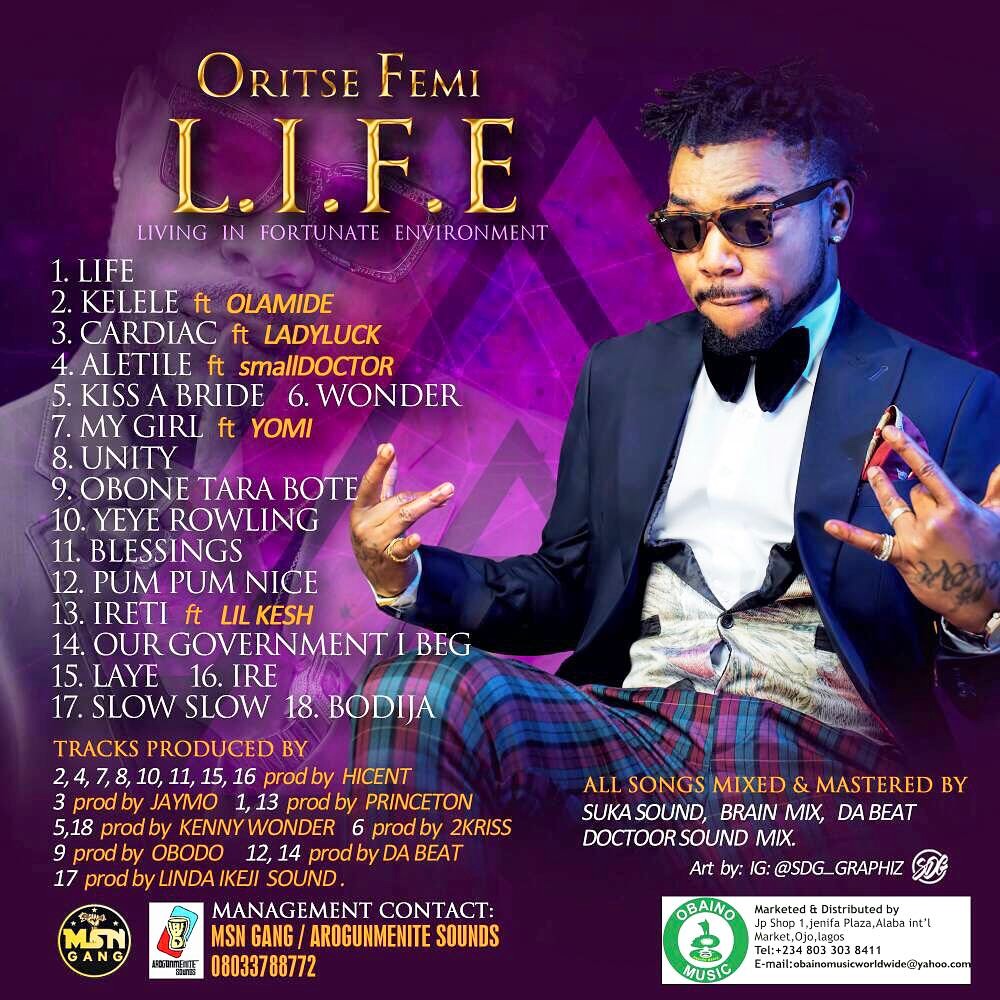