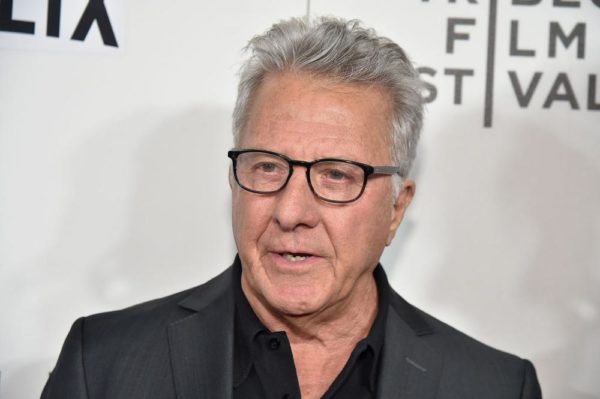 2 time Oscar winner Dustin Hoffman has been accused of exposing himself to a minor, and sexually assaulting two women, Variety reports.

Cori Thomas was a 16-year-old high school student, and a classmate of Hoffman’s daughter Karina, when Hoffman exposed himself to her.

He had been staying in a hotel while his house was being renovated, and Thomas and Karina had gone to his room to wait for a few minutes.

While Karina was away, Hoffman went into the restroom to run the shower. He returned with a towel around his waist, and then he dropped it. She said:

He came out of the bathroom with a towel at first wrapped around him, which he dropped.

He was standing there naked. I think I almost collapsed, actually. It was the first time I had ever seen a naked man. I was mortified. I didn’t know what to do. And he milked it. He milked the fact that he was naked. He stood there. He took his time.

He then put on his robe, and asked her to massage his foot, she said.  He kept asking if she wanted to see him naked.

I didn’t know what to do in the circumstance. I didn’t know that I could say no, so I did it. And he kept telling me, ‘I’m naked. Do you want to see?’

Melissa Kester and a woman who asked not be named were both assaulted by Hoffman while he was working on the movie “Ishtar.”

Kester said he had put a finger down her pants, and put his fingers inside her. She said:

He put his fingers inside me. And the thing I feel most bad about is I didn’t know what to do. I just stood there. I just froze in the situation like ‘Oh my god, what is happening?’ It’s shocking when that happens to you.

The other woman, giving her own account, said Hoffman stuck a finger inside her too. She said:

He just took his hand and stuck his fingers right up inside of me. I didn’t know what to do. He’s smiling at me. I was frozen. I was outside of my body.

There were people there. What are they going to think of me, that I’m a whore, if a say something? What would I say? He’s Dustin Hoffman.