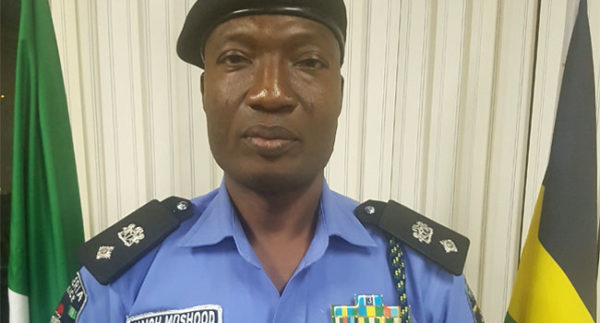 The spokesperson of the Nigerian Police Force Jimoh Moshood has said the people calling for the proscription of the Special Anti-Robbery Squad (SARS) may be armed robbers, The Cable reports.

Nigerians on Twitter have, since Saturday morning, with the hashtag #EndSARS, been sharing their experiences, a lot of them featuring extortion and some deaths.

Although former vice president Atiku Abubakar has contributed to the hashtag, calling for the government to look into reforming the police, the presidency is yet to make a comment.

Speaking to The Cable, Moshood said SARS is doing “fantastically well” in the country and there hasn’t been any violation of human rights. He said:

As we speak, SARS is doing fantastically well across the country in reducing incidents of robbery to the barest minimum… they are doing very, very well.

There has not been any specific violation of human rights against any SARS personnel. So anybody that is spreading such a rumour is not doing the nation any good.

SARS has no excesses and when there is any, we do investigate.

The call for SARS to be scrapped should be condemned by all well-meaning Nigerians. Anybody calling for their proscription is not doing the nation any good and such people should be suspected as having something to hide.

He added that the police does not permit the violation of human rights by its men, and the ones who do so are apprehended.

He added that people should stop “spreading falsehood,” and the people trending the #EndSARS hashtag may be armed robbers themselves. He said:

Accessibility (to the police in cases of complaints) is very possible, he said, adding: “We do not take any infraction or violation of human right of any Nigerian likely. You know that so many police officers have been dismissed and even charged to court.

So, Nigerians should not give in to insinuations from people that just come to the social media and start spreading falsehood. Such people spreading such information may likely be armed robbers themselves.

There are laid down rules for police procedures and any police officer that go beyond boundary to do something outrageous which is against the law is apprehended.